Woman goes to prison for DUI in 2019 collision 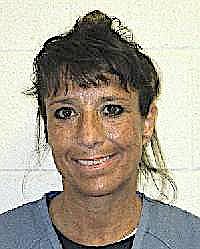 A Gardnerville Ranchos woman, who was too drunk to walk on her own when she crashed into the back of another vehicle, was sentenced to 2-5 years in prison on Monday.

Sally Joy Seagren, 58, fled the courthouse before her Jan. 25 sentencing, saying she suffered a panic attack.

“I was paralyzed by fear,” she said on Monday about leaving the courthouse. She was returned to Douglas County by a bail bondsman on March 11 after a warrant was issued for her arrest.

According to court documents, Seagren was driving a Ford F-250 pickup when she ran into the back of another vehicle at Tillman and Muir on Aug. 15. The driver of the other vehicle got a picture of Seagren’s ID, which was later found on the ground and turned over to deputies.

Witnesses said Seagren could barely walk and was found at a nearby bar. Deputies reported she was not able to stand without help.

“I realize how my judgment to drive that day could have hurt someone,” she said. “I’m very glad that I did not.”

Prosecutors decided to hold to a plea deal that recommended 2-5 years in prison, and District Judge Tom Gregory agreed to abide by the agreement.

Seagren will also have to pay a mandatory minimum $2,000 fine when she gets out of prison.

This is her second prison sentence for driving under the influence. She was ordered to complete DUI Diversion Court in April 2015, but failed out of the program the following year and was sentenced to 1-3 years.

In Nevada any subsequent felony DUI carries a mandatory minimum of two years in prison.