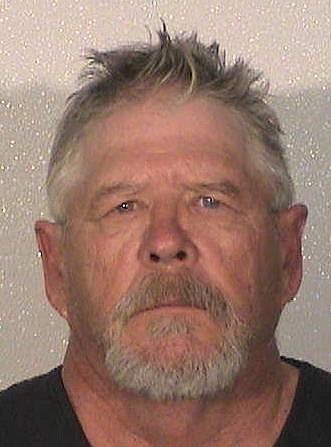 For the second week in a row, a felony drunk driver received the maximum prison sentence in Douglas County District Court.

Dow, who had four previous instances of felony drunken driving on his record, was convicted Sept. 22 by a jury of driving under the influence with a prior felony.

Dow was arrested Aug. 24, 2019, after a minor crash three miles north of the state line on Highway 395. According to court documents, he had a .185 blood alcohol content when he was arrested.

However, in September, a jury determined that Dow was guilty and he was taken into custody.

In Nevada, a third DUI in seven years is a felony punishable by up to 1-6 years. However, most people convicted of a third DUI opt for a treatment program that will allow them to stand convicted of a misdemeanor. Dow participated in a treatment program, but because any subsequent DUI is treated as a felony, Dow went to prison three previous times.

“The DUI law is once a felon, always a felon,” Oakes observed.

Dow said he sought a trial because he though it would give him a chance to save his family.

Dow said his wife had to sell their home and move back to Texas for work with their adopted daughter.

“I’m aware I brought all this on myself and my family,” Dow said in seeking leniency.

“Mr. Dow is one of the worst, if not the worst offender to appear in this courtroom,” he said, saying Dow had seven prior DUIs including the four felonies.

District Judge Tom Gregory agreed, pointing out that it wasn’t just the alcohol, but that Dow would drive after drinking.

“That no one was injured isn’t due to anything you did,” Gregory said. “The law has afforded you every opportunity to get treatment. I don’t doubt that outside of alcohol you’re a good fellow. But you are a danger to the community.”

In addition to the prison sentence, Dow was ordered to pay a $2,000 fine and to install a device in his vehicle that will prevent him from drinking and driving once he’s released from prison.

Gregory made clear that the sentence had nothing to do with Dow’s decision to go to trial.

It has been a week since Joan Kathryn Wenger, 67, was sentenced to life in prison in connection with a Feb. 28, 2020, fatal DUI collision that killed Dayton resident Laura Staugaard.

While the Nevada Highway Patrol said Wenger had an egregious driving record that included three separate DUI convictions, they were far enough apart that she didn’t actually have a felony before the night of the collision on Highway 395 near Johnson Lane.