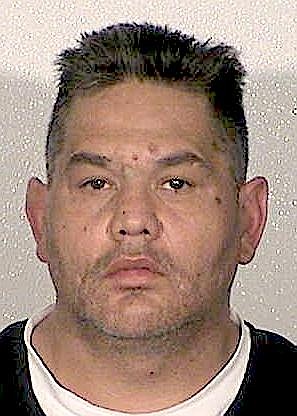 One of the principals in a Stateline drug sales ring operating out of a vacation rental admitted to selling methamphetamine on three occasions and attempting to sell a quarter-pound of the drug on a fourth occasion.

Each of the counts carries a potential sentence of 1-6 years in prison.

Coralles was arrested in a May 14, 2020, drug raid along with Joseph Cudia, 46, and Meagan Rene Turkington.

In exchange for his plea, prosecutors won’t pursue a habitual criminal charge against him.

Coralles must also contribute to $19,440 in restitution to the owner of the vacation rental on Bonnie Court at Stateline.

A trial for Cudia was canceled in April after he failed to appear in court. Turkington was granted diversion on her charges on condition she pay a share of the restitution.

• A Reno man on probation for possession of a controlled substance out of Douglas County is in Washoe County custody on a charge of having a gun with an obliterated serial number.

Erin Sadzak, 19, was arrested Aug. 13 and is facing charges in Reno Justice Court.

He was convicted of possession of a controlled substance after Douglas County deputies arrested him and two others with eight pounds of marijuana, 1.25 pounds of THC and a handgun early in October 2020.

• A Las Vegas woman admitted to a count of felony third instance driving under the influence on Aug. 31.

Tida Kristen Linnea Saltz is expected to seek a diversion program that will allow her to avoid the felony and a mandatory prison sentence.

Saltz was arrested March 25. It was her third DUI conviction in seven years.

She had a .20 blood alcohol content when she was arrested.

A hearing to determine whether she will be permitted to participate in the DUI program in Clark County is set for Oct. 5

• A man who was found with a Mason jar attached to a flare and filled with gasoline and nails admitted to a count of attempted possession of an explosive and received a deferred sentence.

Bryce Irwin Gombert, 27, could face up to five years in prison and a $10,000 fine if he fails the deferral.

Gombert’s sentenced was deferred for three years on Aug. 30. If he’s successful, he will be able to withdraw his plea.

• A man who was driving under the influence of drugs received a suspended 19-48-month prison sentence Aug. 30.

• A 52-year-old woman who admitted to possession of a controlled substance when she was arrested Dec. 6 was allowed to attend Western Nevada Regional Drug Court.

• A former professional football kicker is back in jail after he got drunk and into an altercation while awaiting sentencing.

David John Caylor, 54, was supposed to be working to get treatment for a brain injury. Instead, he had a .233 blood alcohol content when deputies arrived in response to the fight.

Caylor was on house arrest serving a felony DUI prison sentence on July 26, 2020, when he tried to buy a .45-caliber handgun from an undercover officer.

The $3,000 cash bail set for Caylor will remain in place until his Oct. 25 sentencing.

• A Placerville woman admitted she altered a $2,374 check and tried to cash it at a Stateline casino.

She won’t owe restitution because the casino refused to cash the check.

Douglas Albert Lee admitted to having two grams of methamphetamine when he as arrested at Lake Tahoe on May 20.

• A Holbrook man was allowed to participate in DUI court to avoid a felony conviction.

Leslie Streeter Richards was arrested in June after deputies received a report of a possible drunk driver.

According to court documents, Richards had a .221 blood alcohol content.