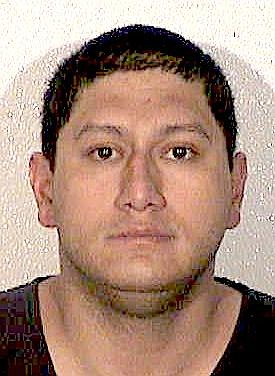 A South Lake Tahoe man admitted Monday to two felony counts in connection to a minor prostitution sting held at Stateline in May.

Jonathan Lemus, 33, will have to register as a sex offender regardless of whether he’s eligible for probation.

Lemus pleaded guilty of attempted abuse of a child for sexual exploitation and soliciting a child for prostitution in Douglas County District Court.

He faces up to nine years in prison on the two charges at his Sept. 27 sentencing. He must undergo a psychosexual evaluation and is only eligible for probation if he’s found not to be at high risk to reoffend.

Lemus admitted he contacted an investigator posing as a 17-year-old girl and said he was willing to pay $150 for sex and bring marijuana.

Three men were arrested in the sting, according to the Douglas County Sheriff’s Office.

In addition to Douglas detectives, the Reno Police Department Human Exploitation and Trafficking, and Nevada Department of Investigation participated in the sting.

• A Gardnerville woman admitted to drinking and driving in Douglas County District Court on Tuesday.

Leslie Diane Meier, 50, was arrested June 2 after deputies received a report that she was drinking while driving near the entrance to the Ranchos.

When she was stopped deputies found a bottle of peach schnapps and a .25 blood-alcohol content.

Meier had been out on parole on a felony drunk driving charge for less than a year when she was arrested.

The penalty for a subsequent felony DUI is 2-15 years, but in exchange for her plea, prosecutors agreed to cap her sentence at 10 years.

She was granted a diversion in November 2018 for a third DUI but then she turned up drunk at Western Regional DUI Court and security cameras revealed she’d driven to the court in November 2018.

• One of two men caught with four catalytic converters they’d cut from people’s cars in Reno was sentenced to a suspended 12-30-month prison sentence.

Nathaniel Anthony Corona, 23, appeared in district court virtually from the Salvation Army treatment program where he’d checked in after being released from jail.

He and Broderick Allen Johnston, 26, were arrested April 19 after they were pulled over for taking a key from a golf cart at Silver City RV Park.

Corona was ordered to pay $1,878.50 in restitution after he gets out of the treatment program.

• A 24-year-old California man learned a couple of hard lessons on Tuesday.

Colte James Sennett received a suspended 12-30-month prison sentence after he admitted to felony possession of a short-barreled rifle.

Sennett failed to appear for his sentencing and was taken into custody after a traffic stop in French Camp, Calif., on the warrant. He was returned to Douglas County on July 20.

“If he’d shown up we would have been bound by the agreement to recommend probation,” prosecutor Patrick Ferguson said in asking for the minimum prison sentence.

As part of his sentence, he must pay extradition costs to Douglas.

Sennett must also forfeit the firearm.