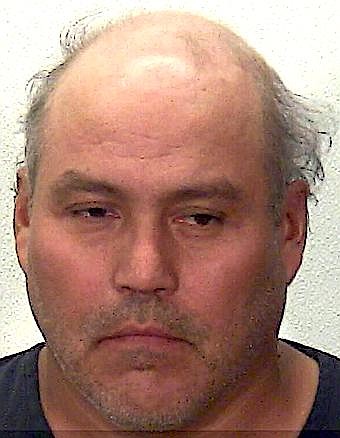 A 51-year-old man, who contacted a law enforcement officer posing as a 15-year-old boy, admitted to two counts of sexual exploitation, and soliciting a child under 18 to prostitution on Monday.

Medina-Barajas was one of nine men snared in the sting.

Medina-Barajas confirmed in court that he wasn’t a U.S. citizen.

Another of the nine fled the country for his native Thailand after the arrest and is wanted on a $150,000 nationwide warrant

Chonlagum Satarattiwong, 22, told his attorney he wouldn’t be returning to the United States.

A third man is denying the charges and is scheduled for a trial.

• A woman who was arrested in March after a stolen vehicle was found in her possession was sentenced to 364 days in Douglas County Jail on Monday.

According to court documents, the vehicle belonged to a California resident and was stolen on Feb. 29.

Michelle Antoinette Coughennower was arrested March 7 when the vehicle was located in her possession at the Hard Rock Casino garage.

She was given credit for 120 days time served.

• A man who beat up his girlfriend then kidnapped her two days later was placed on probation Monday.

According to court documents, Moises Gomez Castilas and his girlfriend were involved in a domestic violence incident on March 9, 2019, at a South Lake Tahoe motel near Stateline. An emergency protective order was granted to protect the victim, but two days later Castillas kidnapped her from the Harvey’s Casino and headed to California.

District Attorney Brian Filter argued in court Monday, that because the case also happened in California, Castillas had already been prosecuted there, served three years on the offense, and was paroled.

Prosecutor Patrick Ferguson said each state had the right to prosecute on the case.

Castillas was sentenced to a suspended 2-5 years in prison concurrent with the California case and placed on probation not to exceed five years. He was ordered to pay administration assessment fees and restitution, have no contact with the victim, maintain full-time employment, wear a GPS monitor and abide by all terms and conditions set out in the California parole as conditions of the probation.

• A man with history of grand larceny was released on his own recognizance to participate in an inpatient treatment center Monday.

Michael Ashton McPhail, 30, was being held on charges of burglary of a business.

He was accused of ringing up $808 in merchandise at $1 an item at the Grant Avenue Walmart.

When security took notice, he left most of the goods, except a $329 vacuum. When confronted, McPhail put up his fists before running with the cart out of the store. He was arrested while northbound on Highway 395 in Gardnerville.

McPhail was granted 40 days to participate in the in-patient program and must return for sentencing on Dec. 12.

“You will get the opportunity,” said District Court Judge Thomas W. Gregory. “You have an opportunity through your conduct to determine how sentencing will go, take full advantage of it.”