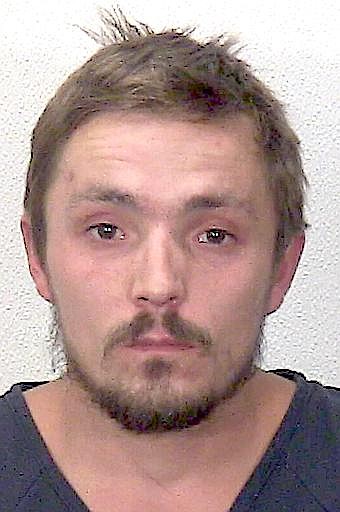 A California man is seeking a speedy trial after he denied a felony charge stemming from his arrest in a July 7-8 underage prostitution sting conducted at Stateline.

Aaron Michael Fisher, 26, was among nine men arrested in the investigation by the Douglas County Sheriff’s Office and the Reno Human Exploitation and Trafficking Task Force at the Hard Rock Casino Resort.

Fisher appeared in Douglas County District Court on Monday where he denied charges of lewdness with a child under the age of 18. His trial was set for Sept. 27. He is represented by attorney Brian Filter.

At trial prosecutors will attempt to prove that Fisher contacted someone he thought was a 15-year-old girl but was actually a member of the task force.

The task force member told Fisher she was staying at the Hard Rock Casino Resort and arranged for him to come to her room, so they could leave the resort to smoke marijuana.

Once he arrived at the room number provided to him, an arrest team opened the door, identified themselves then told Fisher he was under arrest. According to the police report, Fisher attempted to flee by back pedaling and refusing to put his hands behind his back. Deputies were able to contain Fisher, but he continued to struggle before being placed in handcuffs.

This is the second summer that Douglas County and the task force have conducted stings at Lake Tahoe.

Not but two weeks before the July sting, a Dayton man received a suspended 6-15-year prison term for similar behavior.

Those convicted of the charges must register as sex offenders. Brothels are legal in a handful of Nevada counties, including Storey and Lyon. Douglas, however, is not one of them.

Even in counties where prostitution is legal, the locations are licensed businesses where sex workers are 21 years or older.