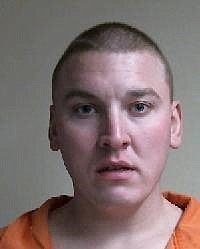 A man with a history of grand larceny is facing five years in prison for shoplifting at the Grant Avenue Walmart.

Michael Ashton McPhail, 30, admitted to burglary of a business Monday.

According to Prosecutor Patrick Ferguson, McPhail has at least 11 years of similar offences, including misdemeanor charges and one prison sentence.

McPhail is accused of ringing up $808 in merchandise at $1 an item. When security took notice, he left most of the goods, except a $329 vacuum. When confronted, he reportedly put up his fists before running with the cart out of the store. Deputies arrested him while he was northbound on Highway 395 in Gardnerville.

Sentencing is set for Oct. 31.

Michelle Antoinette Coughennower, 37, admitted to theft of a vehicle and conspiracy to possess a stolen vehicle Monday.

According to court documents, the vehicle belonged to a California resident and was stolen on Feb. 29.

Coughennower was arrested on March 7 when the vehicle was located in her possession at the Hard Rock Casino garage.

Sentencing is set for Oct. 31.

• A Vancouver, Wash., man who led deputies on a chase down Highway 395 waived his preliminary hearing last week.

Charles Qoroya Evanson, 39, is expected to enter a guilty plea when he appears in District Court on Oct. 4, according to attorney Brian Filter.

Under an agreement, prosecutors will recommend Evanson receive probation with an underlying sentence of 12-36 months. After he enters his plea in district court, prosecutors won’t oppose releasing him to a treatment program.

Evanson was spotted driving south through the Pine Nuts at around 2 a.m. Jan. 11.

He refused to stop, reportedly jettisoning drugs as he made his way south into Mono County.

The pursuit made it all the way to Mono Lake, where California Highway Patrol officers used a spike strip to stop him. Evanson jumped out of the vehicle and ran toward the lake shore before Mono County deputies chased him down.

He was extradited back to Douglas County in May.

• A Gardnerville man who came to court with cashier’s checks for $2,716 in restitution received probation on charges of insurance fraud.

Cristobal Antonio Lee Balassa, 34, said he wrecked a 2016 Dodge Ram pickup when he dropped his cell phone. He told the insurance company that it had been stolen the day after the policy took effect.

He received a suspended 364-day sentence for gross misdemeanor attempted theft and was ordered to spend 10 weekends in jail starting this week.

• A 30-year-old woman who said she’s used heroin since she was 17 years old was granted diversion on Sept. 14.

Kristen Marie King dropped out of high school to use the drug.