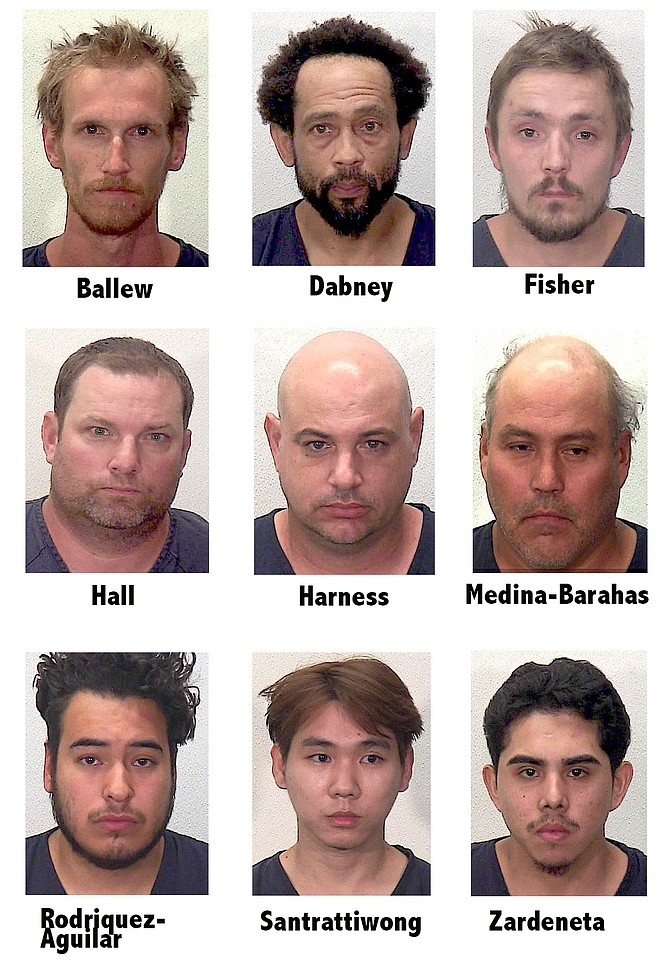 Over two days, nine men were arrested in Stateline in an underage prostitution sting.

Two more men were cited and released for solicitation for prostitution of an adult.

It has been two weeks since a Reno man was sentenced to 12-30 months in prison as a result of a similar sting last year.

A handful of men were caught in last year’s sting and convicted of felonies since then.

In some of those cases, the men texted who they thought was a 17-year-old girl through an escort web site and made arrangements to meet, “Catch a Predator” style.

Those convicted of the charges must register as a sex offender. Brothels are legal in a handful of Nevada counties, including Storey and Lyon. However, Douglas is not one of them, and even where prostitution is legal, it is in actual brick and mortar establishments.