Update: School Board Area 7 a toss-up as mailed ballots roll in 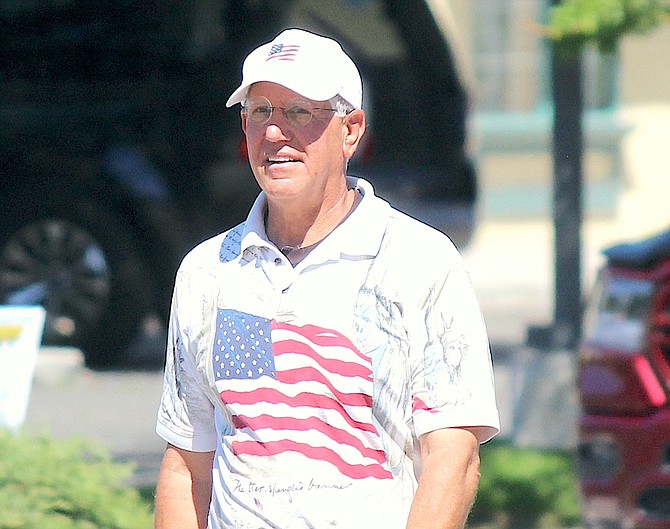 Around 3,500 paper ballots that had yet to be counted on Election Day made their way into results on Friday, leaving as many as 2,000 left to count.

The additional mailed ballots swapped the lead in favor of Douglas County School Board Area 7 candidate Roberta Butterfield over opponent David Burns. As of Friday evening, Butterfield had 5,089 votes to Burns' 4,944 votes.

It’s unlikely either Burns or Butterfield will receive the 50 percent plus 1 of the vote required to win in the primary.

If not, both candidates will go to the general election. They’ll join school board incumbents Robbe Lehmann and Heather Jackson are facing challengers Genoa resident Susan Jansen and TRE resident Katherine H. Dickerson.

“We are still able to accept ballots that were postmarked by Election Day through Saturday, so there may be more coming in over the next couple days,” she said. “We hope to have them finished and the results posted by Wednesday.”

Burgans had the most commanding lead in the local election, 5,855-2,238, defeating challenger Heather MacDonnell by 2,727 votes.

“I am so honored and humbled to be able to continue to serve the residents of Douglas County in this capacity,” Burgans said on Wednesday. “I want to thank the community for their support and my staff for their time and dedication to the election process. I am excited to continue to bring trust, transparency and teamwork to the office of Clerk-Treasurer and to Douglas County Elections.”

“Thank you to all those wonderful people and organizations who supported and believed in me,” Rice said on Thursday.

Amodei defeated Tarkanian in Douglas County 4,544-3,048 and across the Second Congressional District with 54.68 percent of the vote, according to silverstateelection.nv.gov.

Foothill surgeon Dr. Fred Simon received 1,250 votes to come in fourth in Douglas in the race for the Republican nomination for governor. On Friday, Sheriff Joe Lombardo was ahead of Reno attorney Joey Gilbert 2,561-2,361, a reversal from Election night results. Former Sen. Dean Heller came in third in the county with 1,572 votes.

Lombardo won the race statewide and will face Gov. Steve Sisolak in November. Simon had 5,825 votes statewide, amounting to 2.88 percent and a sixth-place finish.

In the race for Sen. James Settelmeyer’s seat, Dr. Robin Titus was ahead of Assemblyman Jim Wheeler by 1,025 votes on Friday.

Titus won Lyon, Churchill and Mineral counties while Wheeler won Douglas and Nye counties. Titus was ahead by a single vote in Esmeralda County. No other candidate filed for the seat.

Total turnout for Douglas was at 26.6 percent on Thursday with 11,032 ballots counted.

According to the Secretary of State’s Office, 7,985 paper ballots, had been counted as of Thursday.

"We have about 3,500 batched, 600 of those have been signature verified and ready to open and tally today, with the rest to be signature verified today and then also opened and tallied either today or tomorrow," Burgans said on Friday morning. "We are working hard to get them in, as we know that there are some really close races. We are working through the weekend to have it completed as soon as possible."