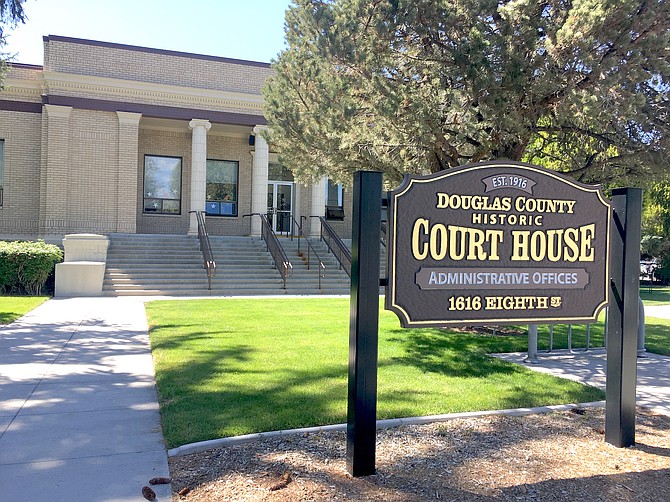 Eleven issues from the Douglas County 2022 primary election were forwarded to the Nevada Secretary of State’s Office.

On Friday, Douglas County commissioners canvassed the election, certifying the results. No one from the public spoke at the meeting.

During her presentation, Clerk-Treasurer Amy Burgans said most of the incidents involved nonpartisan voters who re-registered as a major party and then tried to vote both ballots.

“Most of the time they were already registered nonpartisan and came in and updated their voter registration and received a new ballot and then returned both of them,” she said.

Burgans said they received 130 ballots that required either a signature or where a signature didn’t match. Of those, 61 people cured their signature while 69 did not.

“There’s a lot of education that needs to get out to the public,” she said.

The closest to a protest was when commissioner Danny Tarkanian accused his opponent of Russian collusion and said he knew for fact he’d smashed his cell phone rather than give it to the FBI.

He managed a straight face through the entire statement before breaking into a grin.

No one commented on the canvass, which was conducted 4 p.m. Friday.

Burgans thanked her staff and the election workers who made it possible.

“It was our first election in Douglas County and it was a big undertaking,” she said. “We have some great ideas moving forward.”

Total turnout for the primary election was 43.8 percent, with nearly three-quarters of those in the form of 13,598 paper ballots that were mailed to every active voter in the county.

“It appears the turnout was less than desired,” Commission Chairman Mark Gardner said. “That we had less than 45 percent countywide is somewhat disappointing to me.”

Only 4,524 of those were with results issued early June 15, with the other 9,074 being counted over subsequent week.

Early returns gave School Board Area 7 candidate David Burns the lead in Douglas, but that lead evaporated as more ballots were counted.

Area 7 candidate Roberta Butterfield won the race 7,481-6906, widening the gap between the two by 77 votes between Sunday and Thursday.

Both Butterfield and Burns will appear on the November ballot, since neither received 50 percent plus 1 of the vote required to win the election outright.

None of the candidates for partisan office will get a second chance, though.

County Commissioner Wes Rice and Clerk-Treasurer Amy Burgans both won their races and will be considered elected once the vote is certified.

Burgans held back challenger Heather MacDonnell 8,285- 3,259 in the final count.

Both candidates from Lyon County won seats in the Legislature.

Wheeler won Douglas 6,770-5,225 and Nye 273-225, but that wasn’t enough to overcome Titus victories in Lyon, Churchill and Mineral counties.

Those results swapped early in the mail-in count.