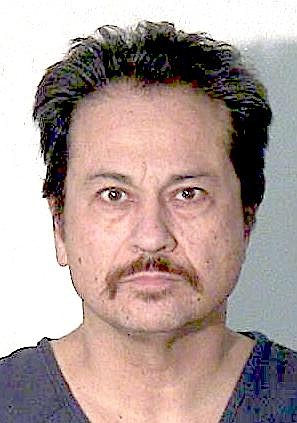 A Lake Tahoe man who was convicted at trial of felony drug sales and possession received a suspended eight-year prison sentence.

On May 24, Hornibrook was sentenced to 15-48 months on the sales charge and 1-4 years on the other three charges, which will run simultaneously, should he fail probation.

According to court documents Hornibrook was arrested Jan. 19 2021, with methamphetamine, LSD and enough marijuana to be charged with a felony.

Hornibrook struggled with methamphetamine use throughout the intervening year, including testing positive within weeks of his Feb. 16 trial.

In January, he told alternative sentencing that he’d been on a five-day binge and tried to turn himself in on Jan. 14. He was taken for a medical evaluation where it determined that he had coronavirus.

Hornibrook appeared in Douglas County District court on Feb. 1 for a motions hearing and said he’d test positive for methamphetamine.

• A California man admitted to high level possession of a controlled substance in connection with a May 6, 2021, arrest, where a K-9 sniffed out around 3.5 ounces of methamphetamine during a traffic stop.

Rogelio Rico, Jr., 48, could face 2-15 years in prison on the charge, but a plea agreement could see him getting probation.

Under the agreement, he could get probation at his July 11 sentencing.

• A man could face up to five years in prison for stealing silver bars.

Mark Duncan, 41, admitted that he took 55 pounds of silver at his arraignment on May 24.

• A man who essentially walked away from a drug deferment program last year was taken into custody on Monday when he appeared in district court on a probation violation.

Gabriel Dustin Butler, 44, told Judge Tom Gregory at a May 3, 2021, hearing that he’d used heroin every day and that he had never participated in a treatment program.

As it turns out, he wouldn’t then either. He admitted to the violations and was taken into custody pending a July 18 hearing to determine whether he will go to prison.

• A former Gardnerville resident with a long history of drug offenses acknowledged he would be better off remaining in custody pending his sentencing.

Joshua Labryant Edwards, 36, admitted to two counts of possession of a controlled substance for having methamphetamine and heroin when he was arrested on March 22.

Edwards’ attorney said he will be asking for probation with a condition that he participate in drug court at his July 11 sentencing.

A $15,000 warrant was issued for the arrest of a man who was ordered to test with the Department of Alternative Sentencing, but left the building instead.

He was scheduled to be arraigned on May 24

• A $15,000 cash warrant was issued to a drug felon who failed to appear for his arraignment on Tuesday.

According to court documents Miky Sears, 50, was originally arrested Nov. 10, 2021, for possession of approximately .3 grams of methamphetamine. Sears was pulled over for a traffic violation.

Because he had a record of drug felonies, a K-9 was brought in and alerted for a controlled substance. The officer searched Sears’ vehicle but didn’t find anything.

The deputy later noticed a circular bulge inside Sears’ right sock which was identified as paraphernalia and in his left sock a plastic bag containing a white substance.

During the traffic stop, while Sears’ was being read his Miranda Rights, he told the officer that he’d already been to prison in California for possession of a controlled substance.

Sears was sentenced to prison after he violated his bail conditions five times after a December 2018 drug arrest.