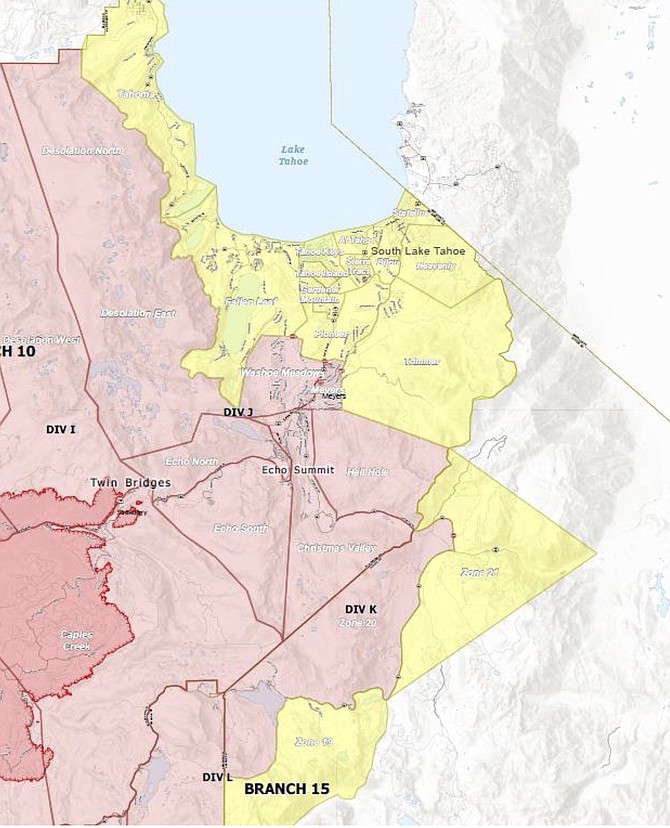 Kirkwood Ski Resort and Caples Lake are under an evacuation order as of Sunday night as the Caldor Fire continued to expand and threaten communities on its easter and southern flanks.

The Desolation Wilderness has also been evacuated as a result of the fire.

Meyers and Christmas Valley are both under mandatory evacuation orders while all of South Lake Tahoe is under an evacuation warning.

Highway 88 is closed in Hope Valley as the fire burned up to Echo Summit.

According to mapping in the Fire Information for Resource Management System, there is active fire at Echo Summit and Echo Lake as the Caldor Fire crested the Sierra, threatening Meyers on the other side.

On the fire’s southern front mapping shows it approaching to within a mile of Highway 88 near Kit Carson Lodge.

On the northern side, recent fire is on both sides of Highway 50 nearthe junction of Icehouse Road.

Most of that increase has been in the Highway 50 corridor and along a broad front south toward Highway 88.