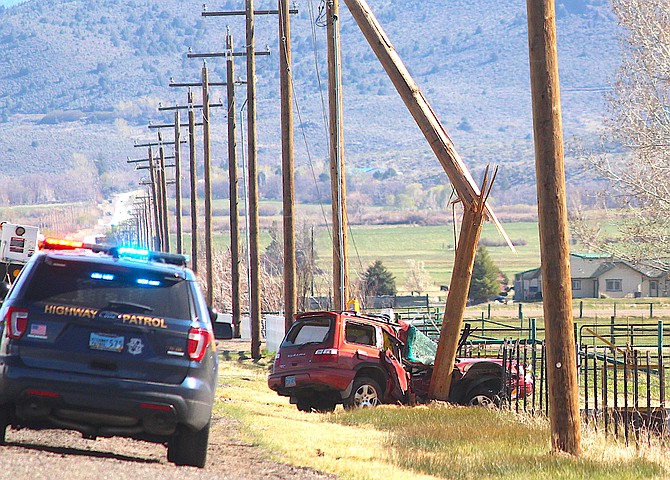 Highway 88 is down to one lane south of Kimmerling Road for a fatal collision.
Photo by Kurt Hildebrand.

A single vehicle appears to have lost control and struck a power pole in a fatal collision on Highway 88 south of Kimmerling Road on Tuesday. As of 6:30 p.m., all lanes of Highway 88 have reopened

The collision was reported at 3:11 p.m., according to the Nevada Highway Patrol.

The vehicle involved is a Subaru with Nevada license plates that appeared to have been northbound when it left the east side of the highway.

Skid marks showed where the Subaru skidded back onto the highway and across the oncoming lane and into the power pole.

Highway 88 was down to one lane as NHP troopers conducted their investigation.