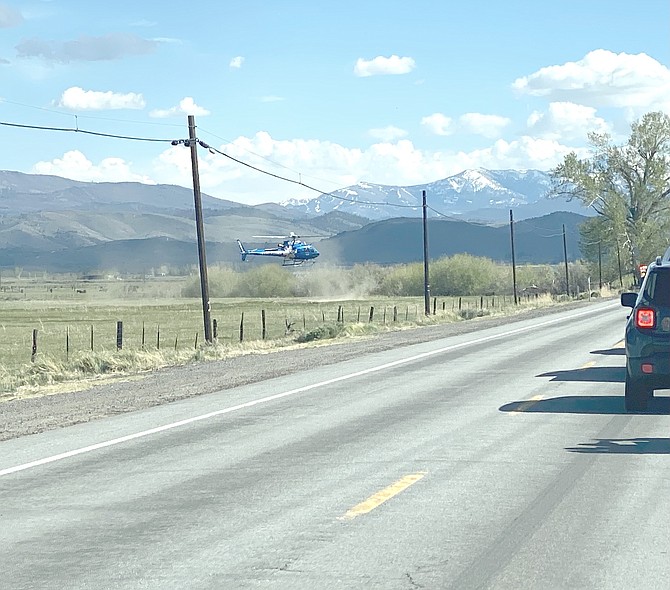 Care Flight lands in the vicinity of a fatal collision on Highway 88 near Kimmerling Road on Sunday. Susan Carbiener | Special to The R-C

Traffic is being diverted at the Centerville roundabout as the Nevada State Police investigate a 4 p.m. rollover fatality on Highway 88 near Centerville Road.

One person was taken to Carson Valley Medical Center and pronounced deceased.

Highway 88 was closed at Centerville and traffic was being diverted to Foothill Road.

This is the third fatal collision in the just over three weeks since Fallon Montanucci was killed on April 23.