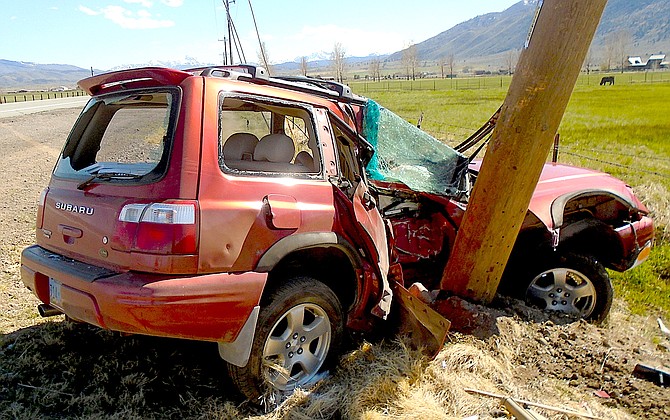 A 24-year-old Gardnerville man was identified as the deceased in a Tuesday afternoon single-vehicle accident on Highway 88 south of Minden.

Justin Adams was driving a red 2001 Subaru Forester 3:10 p.m. that was northbound on Highway 88 two miles north of the state line.

According to the Nevada Highway Patrol, Adams left the right side of the road, overcorrected and then traveled across both lanes before skidding into a power pole.

According to the NHP, Adams was not wearing his seatbelt.

The NHP Northern Command West Multi-Disciplinary Investigation and Reconstruction Team is working on the case.

No one else was in the vehicle and there were no other injuries.

Douglas County Sheriff’s deputies and East Fork medics responded to the collision that closed one lane of the highway for three hours.

So very sad. My sister died the same way when she was only 27 years old. Don't drive distracted & wear your belt.