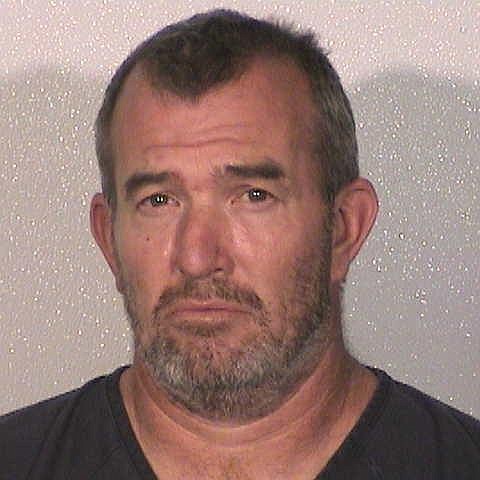 The judge wasn’t buying the tale spun by an Indian Hills couple who said they didn’t realize they were sending a list of confidential informants that they accidentally photographed while testing a Christmas present.

Sean David O’Neill, 53, was sentenced to 19-48 months in prison on Tuesday for obtaining and possessing documents or personal identifying information to establish false status or identity. He received a consecutive 19-48-month sentence for conspiracy to distribute confidential information. Under state law, the judge was required to suspend that sentence.

Both O’Neill and wife Brooke pleaded guilty to the charges on July 19.

According to the Nevada Department of Investigations, the names of 57 confidential informants were texted out to at least three people, Deputy Attorney General Kelli Gallimore said.

According to attorney Maria Pence, Brooke O’Neill was allowed to be in the list of confidential informants at home as part of her work transferring files for the Nevada Information Technology Department in December 2020.

Both the O’Neills were using methamphetamine at the time.

On Tuesday, Sean O’Neill claimed that he took the picture of the screen so he could see how sharp pictures from the Go Pro they got for Christmas.

He said he didn’t download the photos until three weeks later. The couple arrested on Jan. 13, 2021.

However, Gallimore pointed out that wasn’t what either of the O’Neills told investigators with the state.

Gallimore offered to play the recorded interviews with investigators on Tuesday in which Sean O’Neill said he recognized a name on the list and that he knew it was a list of confidential informants.

“I suggest that he is lying to the court,” Gallimore said.

While defense attorney Brian Filter argued there was no indication any of the informants would be hurt, Gallimore countered that there’s no way to mitigate the risk.

“We don’t know the extent of the distribution,” she said. “These people are going to be labeled in perpetuity.”

She sought the maximum sentence for Sean O’Neill of 24-60 months.

“I don’t believe you at all,” District Judge Tod Young said. “I think you are telling a false story. The court is convinced you knew what you were doing.”

Sean O’Neill was taken into custody to begin his prison sentence.

O’Neill’s wife Brooke was sentenced to a suspended 19-48-month prison sentence on condition she complete Western Nevada Regional Drug Court and a 364-day jail sentence on a gross misdemeanor.

She is serving a 30-day sentence in Douglas County Jail as a condition of her probation.

Young denied Brooke O’Neill’s request for diversion on the felony at her Sept. 13 sentencing.

“I don’t believe it was a mistake,” he said. “What she did was expose people to being murdered.”

Defense attorney Maria Pence argued that O’Neill was supposed to be in the confidential files as part of her work for the state. She told the judge that O’Neill failed to log out of the screen that showed the names. Her husband admitted he took a photo of the screen and sent it to a drug connection.

State officials learned of the breach when informants said they’d been contacted. Law enforcement uses informants to conduct drug stings to catch dealers. Having the names of the 57 informants in distribution renders them useless to law enforcement and best, and exposes them to physical harm or worse.