Almost a pound of psilocybin mushrooms seized in Gardnerville raid 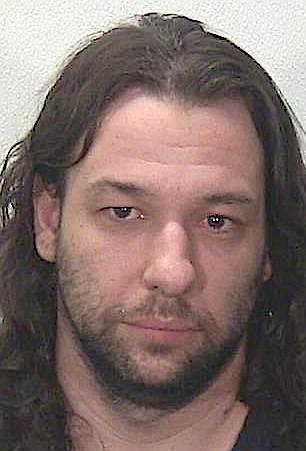 A Gardnerville man was arrested Tuesday after a search was conducted an address in the S-Curve.

John Dillion O’Neill, 32, was taken into custody around 2 p.m. after deputies executed a warrant at 1392 Main St.

Douglas County authorities sought the warrant after patrol deputies responded to a medical call around lunchtime on Monday. While there, they spotted a mix of drug paraphernalia and children’s toys inside the home.

As a result of the search, 14 ounces of psilocybin mushrooms were seized along with 4 grams of methamphetamine, three hand guns without serial numbers, four silencers and the lower receiver of an AR-15, also without a serial number.

O’Neill’s bail was set at $15,643. He is scheduled to appear in East Fork Justice Court on Thursday morning.

A 29-year-old man was booked for misdemeanor possession of paraphernalia.