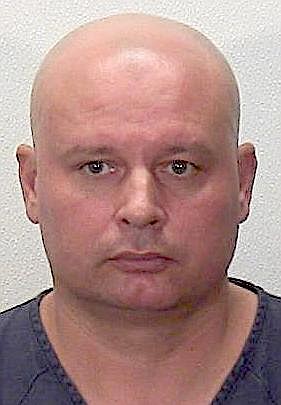 A man who was caught in an underage prostitution sting after sending a picture of his genitals to an officer, received a suspended sentence Tuesday.

According to court documents, Popov contacted an officer who was posing as a 17-year-old child via an escorting website and offered her and a 15-year-old friend $1,000 in exchange for transport to Reno to participate in sexual activities.

Reports said, he also sent a picture of his genitals to the officer posing as a child and asked her for a nude picture in return.

Popov’s attorney Thomas E. Viloria said Popov is not likely to reoffend and that his conduct was a reflection of some personal mental health issues he has been addressing.

“He’s been asking the questions, ‘what led me here; to do something so damaging.’ He knows what he did was wrong, but he wasn’t seeking a young person, he was on a 21 (years old) and over site,” said Viloria.

Popov received a 19-60 month suspended prison sentence for the two counts, which are to run concurrently.

As a condition of the sentence, he was taken into custody to serve 90 days in the Douglas County Jail.

“You pursued a purpose and that’s just wrong,” said District Court Judge Nathan Tod Young. “It was not a lapse in judgement. If there weren’t people willing to pay children for sex, then there wouldn’t be a sex business. By focusing on the people who are hiring them, we might be able to stop it because that’s what drives the business; people like you.

Popov must not be around children under 18 without adult supervision, as a condition of the suspended sentence.

He was given credit for two days.

• A man who claimed he had been smoking the equivalent of 100 fentanyl pills a day was given a chance at drug court Tuesday.

In July, Jeremy Adam Bradley admitted to transporting and selling a controlled substance and child abuse or neglect.

According to court documents, Bradley purchased 200 M30 Fentanyl pills for $5,400 from a confidential source and brought his 13-year-old stepdaughter to the drug “handoff” at the Ace hardware Store on Industrial Way in Gardnerville.

Bradley’s attorney Richard P. Davies said Bradley was targeted by the confidential source because he was a known drug dealer.

“It (the charges) reflects his judgment and drug addiction,” said Davies.

Bradley was sentenced to a suspended 19-48 months in prison and must complete drug court.

• One of the men arrested during a drug sting in July denied high level trafficking and conspiracy of a controlled substance Tuesday.

Another 82.3 grams of methamphetamine and 8.7 grams of suspected psilocybin mushrooms was supposedly located in the duos’ possession.

• A woman who passed out twice while in a patrol car after ingesting fentanyl was sent to a residential treatment center in Carson City, Tuesday.

According to the sheriff’s report Baldwinson was at the Haas Center with Daniel King when the vehicle was approached by a deputy who recognized them. A deputy contacted Baldwinson and confirmed she had a warrant and detained her.

While detained, the deputy had to give her two doses of Narcan because she passed out in the back of the patrol car because she said she took a bunch of fentanyl when she saw the deputy walk up to avoid being caught with them. She had her 5-year-old daughter in the vehicle with her when she took the pills.

Baldwinson’s attorney, Matthew Ence told the court the treatment center had immediate room for her and she was released from custody on her own recognizance.

District Court Judge Nathan Tod Young said she had 30 days to participate in the program and must return for sentencing on Nov. 22.

• A man who drove while under the influence of alcohol with four children in the vehicle with him is facing 364 days in Douglas County Jail.

Thomas Patrick Landavazo admitted to a child endangerment misdemeanor charge Tuesday. He was arrested in June, after being intoxicated while driving a vehicle with four minor children.

A presentence investigation report and a risk assessment were requested for sentencing on Dec. 13.