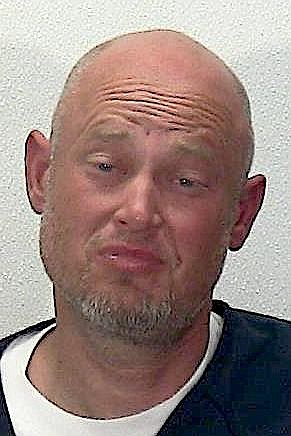 A California man who allegedly rammed a patrol car during a Wednesday evening pursuit on Highway 50 is in custody in lieu of $20,000 bail.

Tyler Michael Vincent Smith, 38, of Oakland, was arrested at gunpoint after his van was pinned against a drainage structure near Glenbrook Canyon.

According to the Sheriff’s Office, a deputy pulled Smith over for driving 80 mph at Highway 50 near Skyland at around 6 p.m.

Smith stopped partly in the slow lane and the deputy asked him to move the van off the roadway. Instead, Smith took off. The deputy followed him and said Smith swerved into the oncoming lanes several times and swerved in and around other vehicles.

The pursuit was joined just after the Cave Rock tunnels. According to the report, Smith slammed on his brakes forcing the deputy to swerve to avoid a collision passing the van. Smith then turned the van to strike the patrol vehicle on the passenger side pushing the deputy further into the oncoming lanes.

After regaining control of his vehicle, the deputy followed another mile as Smith rammed the patrol vehicle twice more. At one point the van slowed down enough so the deputy could come up along the van and pin it to the eastbound erosion wall stopping it.

Smith was removed from the van and taken into custody for assault with a deadly weapon, eluding, speeding, expired registration and reckless driving.

No one was hurt in the crash. Smith said he ran because his license plates were expired. No contraband was found inside the van.