Trials stacking up in the new year 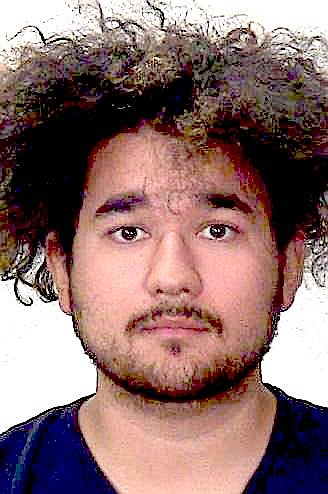 A trial was set on Tuesday for a Dayton man denying charges of sexual assault and lewdness with a child under the age of 14.

Julian Amador, 22, waived a speedy trial and is scheduled to appear before a jury April 17-21.

Should he make bail, he was ordered to have no contact with the victim or her family.

One trial wasn’t quite off the calendar before another one took its place.

On Jan. 10, Oakland, Calif., resident Tyler Michael Vincent Smith, 38, denied felony charges of failure to stop a motor vehicle endangering life and battery with a deadly weapon on an officer.

Smith invoked his right to a trial within 60 days.

After hearing that another trial set would likely settle, District Judge Tod Young set a four-day trial for Feb. 8-13 after alerting attorneys that he expected them to have their witnesses ready.

“I don’t want to hear that a witness took less time than expected and that your next witness won’t be ready,” he said.

Young told Smith that while he is entitled to hire any attorney he wants, that doesn’t apply for those who have appointed attorneys.

“I encourage you to have a discussion about your relationship and Mr. Ence can advise the court,” he said.

Smith is accused of ramming a patrol car during an Oct. 23, 2022, pursuit on Highway 50 after he fled deputies.

• On Tuesday, a trial date was officially vacated for Brandon James Canfield, 48, who admitted a charge of abuse of an elderly person.

Canfield is accused of grabbing his 70-year-old mother around the throat on Oct. 24, 2022.

Prosecutors agreed to recommend the charge be treated as a gross misdemeanor.

The judge could still treat it as a felony, but on Tuesday District Judge Tod Young indicated he would go along with the agreement at Canfield’s Jan. 24 sentencing.

• A March 6 trial for a woman accused of removing items from mailboxes may be delayed or vacated.

Mei Seen Wong was allegedly seen by a deputy removing envelopes from mailboxes along Centerville Lane on Feb. 21, 2022.

According to court documents, packages and mail addressed o a dozen different people were found in her vehicle.

On Jan. 10, a motion to continue the trial was discussed, during which attorney Martin Hart said there were negotiations in the case.

A Feb. 7 hearing was set to determine the status of the case where Wong is required to attend.