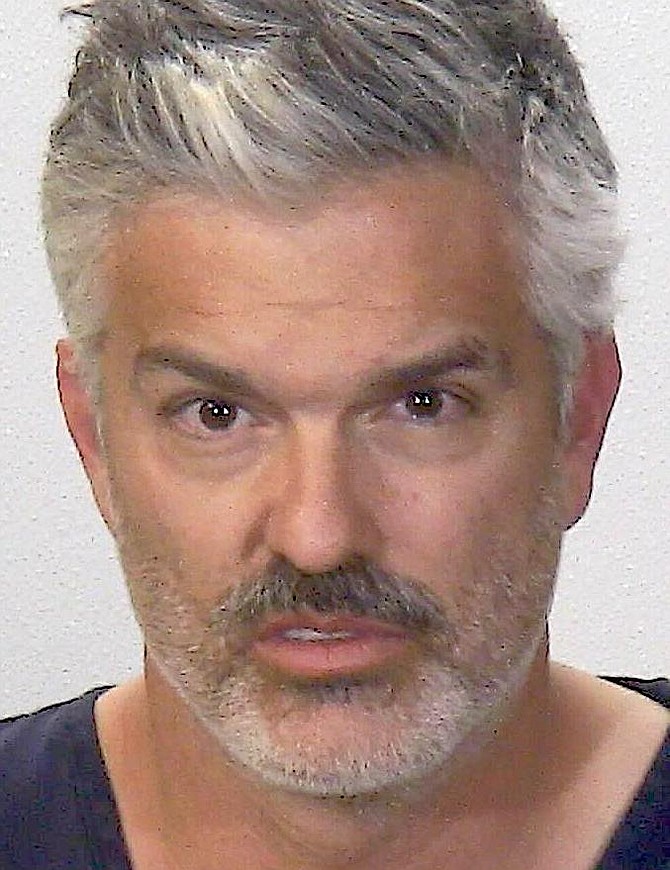 A woman was rescued on Christmas Eve by witnesses to an alleged domestic battery that occurred in the parking lot of the Topsy Walmart.

Santiago Falla, 41, was taken into custody 4:40 p.m. at the scene after deputies responded.

According to the Sheriff’s Report, Falla and his long-term girlfriend were arguing over family after shopping.

She told deputies through an interpreter that during the argument, Falla grabbed her and started hitting her. As she tried to grab her cell phone he took it and threw it out in the parking lot. He then allegedly pushed her out of the van and she fell on her back which she had recently had surgery.

A deputy said that not long after he arrived, Falla stood up and rammed the van with his head, prompting the deputy to handcuff him.

Witnesses said they heard the woman screaming and saw the woman on the ground and Falla grab her by the hair and try to pull her back into the van. Another witness said she saw Falla grab the woman by the throat.

As of Wednesday, Falla remained in custody.

• A man arrested for allegedly trying to steal shoes from the Famous Footwear is facing a felony drug sales charge.

Shane Edward Bishop, 36, was arrested Dec. 14 on a shoplifting charge.

He is on parole after being sentenced to 40-180 months on a 2016 trafficking charge out of Washoe County.

Bishop has a history of drug and theft convictions out of Clark County since 2012, according to the Nevada Department of Corrections.

Jail records indicate he is being held without bail for allegedly violating his parole. He was scheduled to appear in East Fork Justice Court on Wednesday.

• A man who was found passed out in a running vehicle was taken into custody on Dec. 22.

Aaron Joseph LeVal, 28, was spotted sitting slumped over in the vehicle in the parking lot of the Jacks Valley Target with pieces of aluminum foil scattered inside the car.

He refused treatment and was taken into custody for possession of a controlled substance and a probation hold.

LeVal was on parole after being convicted and sentenced to 16-48 months for conspiracy to violate the Uniform Controlled Substances Act in Carson City.

• The 20-year-old driver of a Jeep that rolled over near Sunrise Pass Road on Dec. 9 appeared in East Fork Justice Court for failure to report an injury collision.

Spenser Elliot Bales, 20, was taken into custody on Dec. 10 in connection with the incident.

A group was on its way to a bonfire party in the Pine Nuts when the Jeep rolled throwing four passengers out.

A 16-year-old girl riding in the Jeep received four broken vertebrae, according to court documents.

The girl told deputies that she was prevented from calling 911 to report her injuries by the other occupants of the vehicle. It wasn’t until she returned home that the incident was reported and she was taken for medical attention.