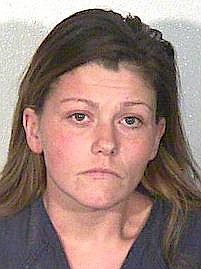 The Thanksgiving week 2021 overdose death of a 29-year-old mother of three resulted in prison sentences on Monday for both the woman who sold her the drugs and her supplier.

Chelsea Jane Green, 30, was sentenced to 2-5 years on possession and sale of a controlled substance and 1-4 years on the possession of a firearm charge. The sentences will run simultaneously.

Adam William Westmark, 33, who supplied Green with the drugs was sentenced to 2-5 years on the sales charge and 19-48 months on the possession charge.

“Usually, we don’t see the outcome of a drug sale; in this case we do,” said District Court Judge Thomas Gregory during sentencing.

According to court documents, the victim contacted Green complaining about a headache. Green then contacted Westmark, who admitted stealing the 10 pills from his mother’s prescription.

Westmark met with Green, where she purchased the pills and then sold them to the victim for $160. Green confirmed to Douglas County detectives that she sold the pills to the woman the day before the victim’s death.

On Monday, Green claimed she wasn’t a drug dealer and said she was just trying to help her friend feel better.

“Selling a controlled substance is a dangerous act and this case emphasizes that,” said Gregory. “You are a drug dealer. However, you want to paint that is up to you, but it fits.”

Green was charged with possession and sale of a controlled substance and possession of a firearm.

Westmark claimed he did not know the transaction between him and Green was for someone else.

“There was one step between the defendant’s conduct and the victim’s death,” said Gregory.

He was given the maximum sentence on both counts.

“Because of your criminal history alone and the conduct of this case, there are substantial consequences that go with that,” said Gregory.

Green was convicted in a 2016 felony jewelry theft, and given a deferred sentence, that she failed. In 2018, she received a suspended 12–34-month prison sentence on a condition she go back and complete drug court.