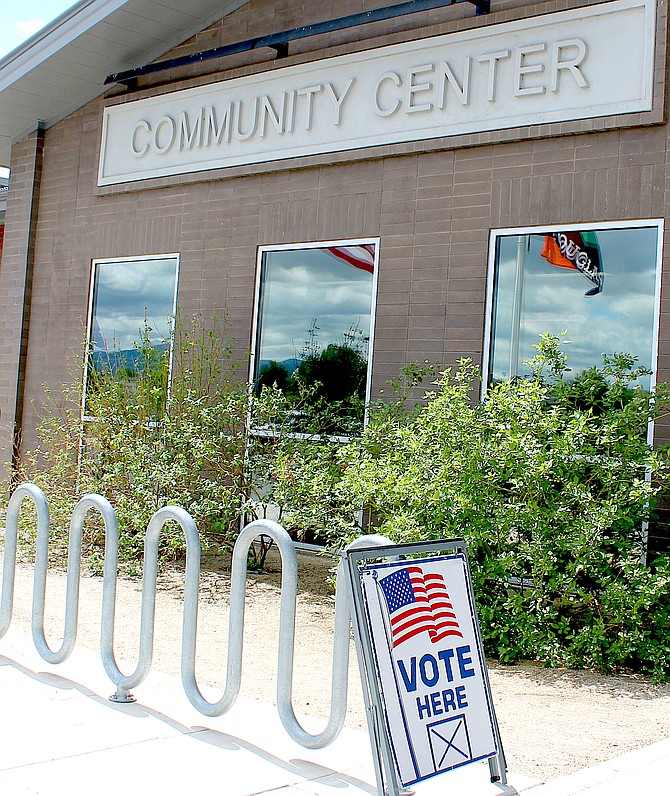 Early voters were in good spirits on Saturday morning as they waited their turn to use a polling machine.

Commission Chairman Mark Gardner was wearing his red, white and blue shirt as he came out of the polls at the Douglas County Community & Senior Center in Gardnerville.

“It was painless,” he said of the process.

Gardner said he was confident the voting machines were accurate, though he expressed some concerns about the ballots mailed to residents’ homes.

“The danger is if someone gets a hold of your mailed ballot and casts it before you get a chance to vote,” Gardner said.

Inside, poll workers said there were around 100 voters in the first half hour of early voting.

Voters may also drop off completed paper ballots at the Douglas County Clerk-Treasurer’s Office during office hours and June 4.