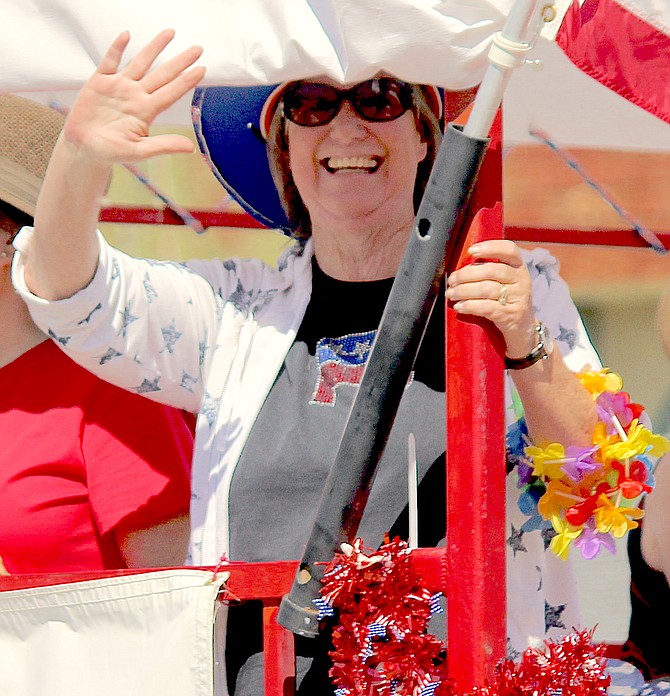 Voters were dropping off paper ballots at an election tent set up behind the Douglas County Courthouse, as others showed up at the polls in person to vote.

As of Friday night, 9,660 Douglas residents have voted, according to the Clerk-Treasurer’s Office, representing 23.3 percent of the county’s 41,471 active registered voters.

Mailed ballots accounted for 78 percent of the turnout, with only 2,119 voters turning out in person.

With the county’s significant Republican majority, battles for the nomination for governor, U.S. Congress and U.S. Senate have attracted most of the attention. The county is home to 21,248 active Republicans, 8,950 nonpartisans and 8,361 Democrats, according to the May report from the Nevada Secretary of State’s Office.

In Douglas County, two local partisan races will be decided in the primary next week, including the District 4 county commissioner race and the contest for clerk-treasurer. Nevada’s closed primary limits voting for partisan office to members of the party.

The race for the redrawn Douglas County School Board of Trustees Area 7 is nonpartisan and appears on everyone’s ballots.

Should one of the three candidates for office receive 50 percent plus one of the vote, they will win the race. Otherwise, the two top vote getters will go on to the general election.