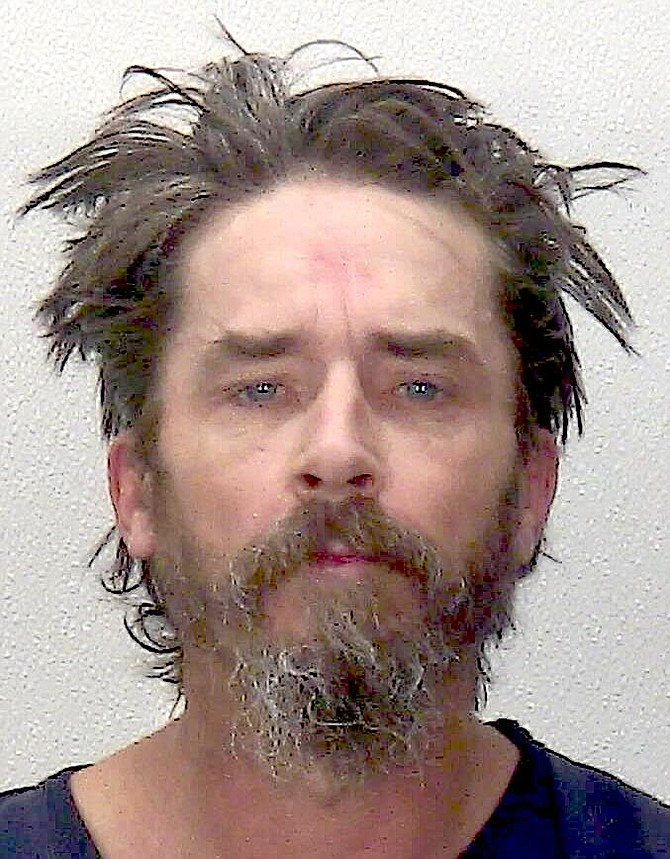 A man facing a third stretch in prison on felony drunken driving charges is due in Douglas County District Court on Aug. 9 after he refused to pull over for a deputy on Kingsbury Grade.

Brandon Allen Yauger, 47, was arrested after he ended up driving up a dead end after a low-speed chase on Tramway on July 20.

Yauger was reported as a reckless driver westbound on Kingsbury Grade as he passed Foothill Road. The caller said he watched a white Subaru with Maine plates cross over the double yellow line and fail to stop at the stop sign.

Deputies spotted the Subaru just east of Tramway Drive when it turned left into a space at Summit Village. The deputy turned on his lights and as he started to exit the patrol vehicle, Yauger backed out and drove past onto Tramway. Deputies followed him as he stuck his hand out to give deputies the "hang loose" sign onto Needle Peak Road. He was arrested at gunpoint and as he was taken into custody deputies could smell the alcohol, according to the sheriff’s report. They also spotted an empty tequila bottle and a marijuana pipe.

Yauger’s license was reportedly suspended as a result of a felony DUI indictment in Maine from April 15. According to Nevada Department of Corrections records, he served a 1-3-year and 2-5 year terms in prison on DUI charges. He was last paroled in 2016.

• Five people were arrested after a grocery theft raid saw nearly $2,000 rolled out of the Gardnerville Walmart.

Three women who allegedly loaded up carts filled with groceries and pushed them out of the store despite an effort by security to stop them on July 20 waived their preliminary hearings on Wednesday.

Deputies responded to the report from store security at around 9:15 p.m.

Celestina Renee Ortiz, 29, Kelly Ann Conway, 37, and Surina Clairmont, 38, were aided by two men in loading up the groceries into a black Ford pickup.

All five got into the Ford and drove north where they were spotted near Service Drive. The driver of the Ford, Conway, was having trouble staying in the lane. They pulled over into the parking lot of the Grocery Outlet.

All five were taken into custody as they were ordered out of the pickup.

Deputies found two open bottles of vodka and a collection of drug residue and paraphernalia.

Preliminary breath tests indicated that three of the subjects had been drinking, including Conway, whose license had been suspended for DUI.

Both Conway and Clairmont have been convicted of felonies in Nevada with Clairmont sentenced to 30-120 months for robbery and Conway to 16-80 months for burglary.

Ortiz is reportedly on probation in connection with a felony drug possession charge.