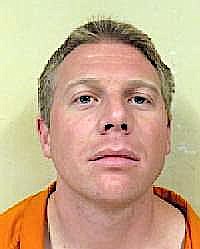 A man who admitted rolling two welders out of the Jacks Valley Home Depot had his probation revoked and was sent to prison.

Corey Christian Owens, 33, admitted to several violations of the probation he received for grand larceny. He was sentenced to 2-5 years in prison on Dec. 21, 2020.

Owens was to serve his probation at the same time as an 18-60-month Washoe County prison sentence he was serving for grand larceny when he appeared in Douglas County.

Hart said that if his parole was reinstated, Owens planned to go to a sober living facility in Oregon.

Owens was given credit for 301 days time served.

• Probation was revoked on Tuesday for a Las Vegas man who was convicted of possession of cocaine for sale back in 2019.

Martin Radu, 28, was convicted of driving under the influence in 2020 and when Parole and Probation took him into custody he admitted there were drugs in the house.

“I want to start my family the right way,” he said, indicating he had a child on the way. “I’m asking for help instead of being thrown away.”

In addition to the arrest, Radu admitted he left Nevada for Ohio while he was on probation.

Attorney William Routsis pointed out that the Legislature reduced the period of probation since Radu was convicted from five years to 18 months.

A parole and probation representative in court indicated the division wasn’t going to seek charges for the drugs they found.

“You denied that alcohol or drugs were a problem for you,” Gregory said.

He was given credit for 41 days time served.

• Two of three women in a July 20 shoplifting appeared in Douglas County District Court for sentencing on Monday.

The charge could have been treated as a gross misdemeanor. District Judge Tom Gregory pointed out that by treating the charge as a felony, he was required to give Conway probation. She was ordered to participate in Western Nevada Regional Drug Court as a condition of her 18-month probation. Surina Clairmont, 38, was also in court for sentencing.

The women admitted loading up carts filled with groceries and pushing them out of the store past security.