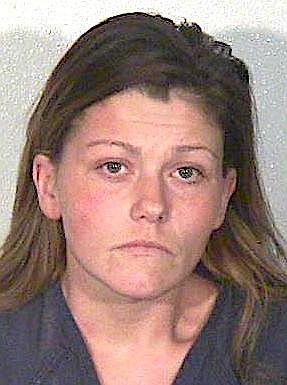 The apparent overdose death of a mother of three has resulted in open murder charges against the woman who sold her the pills.

Chelsea Jane Green, 30, was arrested Monday after the 29-year woman was found dead on Sunday morning.

According to court documents, Green confirmed to Douglas detectives that she sold pills to the woman the day before.

A witness who lives with the deceased said the woman told him she had a headache, and they went to purchase pain pills from Green. Both Green and the witness confirmed the purchase of 10 pills for $160 on Nov. 20.

According to the file, the witness said he saw her take three of the pills before he went to sleep for the night. Investigators didn’t find any pills in a search at the woman’s home.

The pills were described as light green or blue with an M on them.

Green was convicted of felony jewelry theft after she admitted the charge in 2016. She was ordered to complete Western Nevada Regional Drug Court as part of a deferral but failed that requirement. In 2018, she received a suspended 12-34-month prison sentence on condition she go back and complete drug court.

According to court documents, Green is facing a murder charge, as well as sales of a controlled substance and two counts of possession of a firearm by an ex-felon.

She is scheduled to appear in East Fork Justice Court on Wednesday.

The Drug Enforcement Agency issued a safety alert in September regarding “a significant nationwide surge in counterfeit pills that are mass-produced by criminal drug networks in labs, deceptively marketed as legitimate prescription pills, and are killing unsuspecting Americans at an unprecedented rate.”

The fake pills contain fentanyl are described as light blue with an M stamped on them.