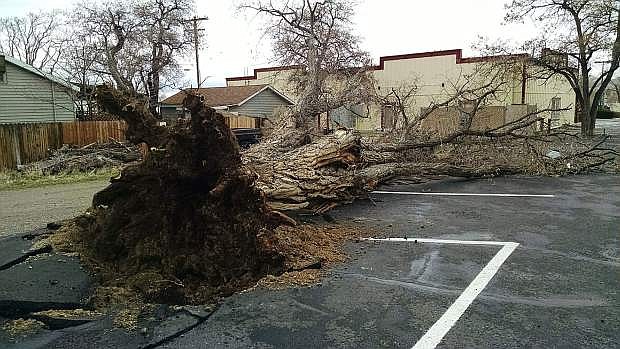 The wind took down a tree in Dayton near the Subway.