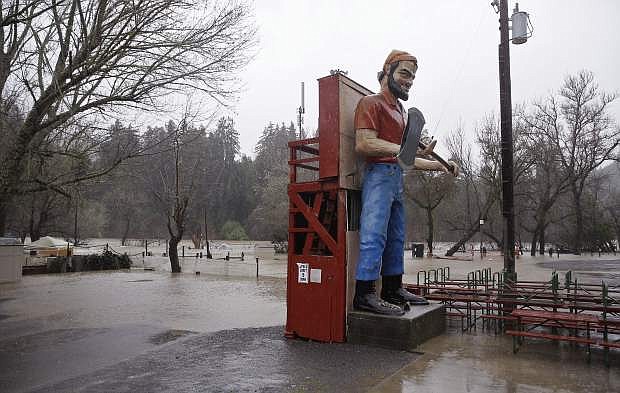 The Russian River floods the River Bend RV park Tuesday, Jan. 10, 2017, in Forestville, Calif. The latest in an onslaught of winter storms comes with blizzard warnings for the Sierra Nevada and a new round of flooding for Northern California river towns where thousands of people remained under evacuation advisory Tuesday. (AP Photo/Eric Risberg)