Trial calendar already stacking up for 2022 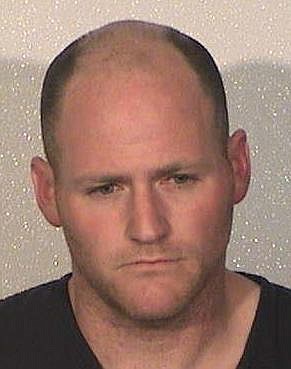 An April 2022 trial date was set for a man who is denying charges he transported more than 6 ounces of methamphetamine allegedly found inside the door of his pickup truck on May 20.

Zahradnik’s attorney John Malone said his client was pulled over for pacing another vehicle in the fast lane. He has two prior felony convictions.

The Smith resident is being held in lieu of $25,000 bondable bail and a hold out of Redwood City, Calif., which he’ll have to clear before he can make bail.

Prosecutor Matt Johnson argued for a higher bail, but Judge Tod Young instead ordered Zahradnik to be under house arrest should he make bail and clear the California hold.

A trial for a Wellington man accused of methamphetamine trafficking has been set out to February 2022.

According to court documents, Nolan was driving a pickup and having trouble stopping on the line.

A deputy spotted a California license plate on the front seat that had been reported stolen and took Nolan into custody. During a K-9 sniff, deputies allegedly located 19.6 grams of methamphetamine.

Nolan is being represented by attorney Matthew Ence.

• A Genoa man is denying he tried to elude Douglas County deputies in a July 2020 pursuit on Jacks Valley Road that ended up in a crash.

Wesley Weigand, 35, is accused of driving recklessly during the pursuit. He was severely injured as a result of the collision with a wall.

He is free on bail pending a March 23, 2022, trial. His attorney filed paperwork to have Weigand evaluated.

The meth just magically materialized it self in his vehicle…. Lmao….