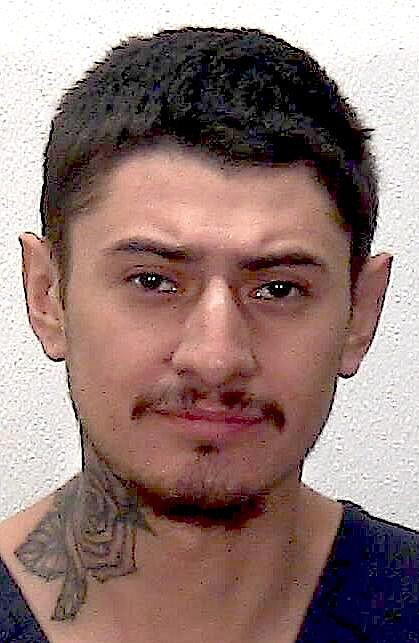 A Gardnerville man who allegedly managed to wriggle out the window of a parole and probation officer’s vehicle while handcuffed, appears to be having second thoughts about a Jan. 5-6 trial on a charge of felony escape.

Cristian Jose Morales, 27, is on the Jan. 3 District Court calendar for a change of plea, just two days before his trial was to begin.

Morales was convicted of possession of a controlled substance for sale on April 5 after he was arrested in December 2021 with methamphetamine, marijuana, cocaine and oxycodone.

On July 7, a probation officer was at his Village Way home and was allowed in. The officer said that she found Morales was using and handcuffed him before putting him in the back of her vehicle.

While conducting further investigation, the officer was informed that Morales had climbed out and ran off. He wasn’t free for long and has been charged with the felony.

Morales is facing a new felony of battery by a prisoner after an incident in the jail on Dec. 13.

• A Stateline man accused of grabbing his 70-year-old mother around the throat is facing a Feb. 8-10 trial for elder abuse.

The mother said she complained to Canfield about his loud music and asked him to turn it down.

Deputies said Canfield’s mother had red marks on her neck.

• The Jan. 9 trial of a Gardnerville woman accused of hit and run was delayed until April 10.

Priyanka Khosla, 30, is denying she struck a child on a bicycle in Chichester Estates on Sept. 13.

Attorney Theresa Ristenpart said there has been a delay in obtaining the child’s medical records, which she said would be needed at trial.

Both Ristenpart and prosecutor Patrick Ferguson said negotiations are ongoing in the case.

According to the sheriff’s report, the child suffered from a compound fracture in the collision. He said he was riding his scooter on Petar Lane when he was struck by a silver vehicle.

The vehicle didn’t stop, but video footage provided by a neighbor showed a four-door sedan with a spoiler and tinted side vents.

Khosla reportedly told investigators that she was the one driving the vehicle but that she didn’t realize she’d struck the child.

• Bail will stand for a Carson City man facing a five-day trial on three counts of sexually assaulting a child under the age of 16.

Anthony Diaz sought a release on his own recognizance pending his March 13-17 trial.

Attorney Nadine Morton said that Diaz has employment and a place to live at Lake Tahoe, in addition to two character references.

However, prosecutor Chelsea Mazza argued that the person offering to house Diaz was convicted of drug charges and was on probation. The character references were reportedly from other people facing similar charges as Diaz.

Diaz has been in custody since his March 9 arrest.

He served 1-4 years on a charge of failure to stop for an officer out of Carson City in 2018, and was paroled in November 2019, according to the Nevada Department of Prisons.