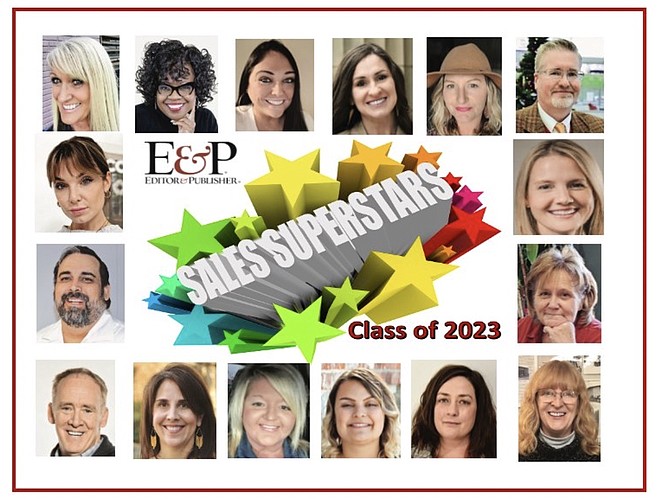 Record-Courier Associate Publisher Tara Addeo was recognized by Editor & Publisher Magazine as one of 16 “Sales Superstars” in the trade publication’s Jan. 6 edition.

Addeo marked 11 years in media sales, she told the magazine and more than a quarter century in advertising.

“Early on, I worked for a large international electronics company. We imported all types of stereos, Walkmans, TVs and Nokia phones from Japan into the U.S.,” she said. “A Japanese company owned the company, and I was the only female American they hired.”

She said she started as a sales assistant and within three years was vice president of sales.

Her advice to others pursuing careers in sales was to persevere and to value relationships with clients.

“Above all else, form a relationship with your clients,” she said. “They shouldn’t be just a dollar sign but more of a long-term relationship.”

She said she learned from her parents’ example that hard work and integrity are key to success in life and to make firm decisions.

She said the key to serving advertisers is to know your product.

“Although the digital world is here and rapidly dominating larger markets, rural areas need options for advertising, whether digital, print or magazines,” she said. “Be their solution and be knowledgeable when it comes to advertising.”

She said adapting is key to success in whatever medium.

“You can no longer just be print or just be digital; give options,” she said. “Be the authority for them, and if you don’t know which choices suit your client best, research it and learn it. Don’t give up after the first no. Continue the dialogue.”

Addeo won the Nevada Press Association’s Silver Star award in 2016 and was promoted to associate publisher of the Carson Valley weekly in 2018.

She is a 31-year resident of the Valley where she has raised three children with husband of 44 years Ed. She has served as president of the Family Support Council since 2015. She is on the board of directors of the Carson Valley Chamber of Commerce.