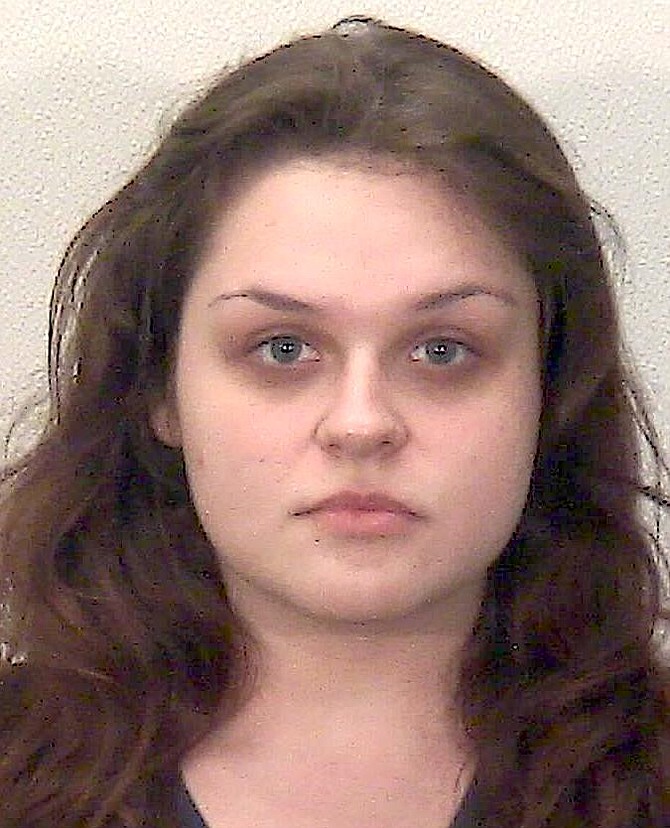 A Feb. 28, 2023, trial is set for a Carson City woman who denied Monday she stabbed a man during a Jan. 2 altercation in Indian Hills.

Kassidy Robin Martin, 25, is being charged with battery with a deadly weapon that was issued in March.

According to court documents, the altercation occurred when a 20-year-old Gardnerville Ranchos man was drinking with two underage girls at James Lee Park that night.

As detailed in the investigation, one of the girls’ father pulled up to the park and punched the man. During the confrontation, Martin, who was the father’s girlfriend, allegedly stabbed the man in the gut.

He was transported for treatment and had to undergo surgery for the knife wound.

Martin is free on bail.

• A man who beat up his girlfriend then kidnapped her two days later admitted to second degree kidnapping Monday.

According to court documents, Moises Gomez Casillas, 27, and his girlfriend were involved in a domestic violence incident on March 9, 2019, at a South Lake Tahoe motel near Stateline.

An emergency protective order was granted to protect the victim. On March 11, the Douglas County Sheriff’s Office received a call from South Lake Tahoe Police that the victim had been kidnapped from the Harvey’s Casino by Casillas and was headed to California.

An investigation led to an apartment in the 1400 block of Manzanita Avenue in South Lake Tahoe, where Casillas was arrested on a search and arrest warrant.

Casillas faces 2-15 years in prison at his Oct. 31 sentencing.

• A South Lake Tahoe man who put his ex-girlfriend in a headlock and dragged her along Highway 50 admitted to domestic violence and possession of a controlled substance Monday.

Nicholas Rene Arthur, 27, was arrested July 29 after a witness intervened in a struggle at Spooner Junction.

According to court documents the witness said she was driving on Highway 28 when a white Jeep came up behind her driving recklessly. She pulled over to let it pass, but ended up right behind it at the intersection of Highway 50 where she noticed a woman stick her arm out of the passenger window and open the vehicle door from the outside and run away. She saw Arthur pull over and catch up to the woman and drag her back to the Jeep in a headlock.

The woman parked her car and ran toward the pair yelling at Arthur to let the woman go. Two other Samaritans saw the altercation and pulled over to help and that’s when Arthur got in his vehicle and drove away.

He was spotted driving the Jeep near Logan Creek and proceeded to elude deputies after a traffic stop attempt. He was eventually found coming out of some bushes after ditching his vehicle along Friedhoff Drive and was taken into custody.

Arthur can face up to nine years in prison at sentencing on Oct. 24.

• A woman who admitted to a felony third instance of driving under the influence on Monday will get one more chance at sobriety.

Darlene Amador, 37, was arrested Aug. 21 after she drove from Mad Dogs Bar on Highway 395 to Mission Street in Gardnerville while under the influence of alcohol. According to court documents a breathalyzer test revealed a blood alcohol content of 0.024 and 0.259.

According to court documents she had one DUI conviction in September 2013 and January 2021.

Amador was released Monday on her own recognizance and must attend DUI court, treatment or an institution and maintain full employment as conditions. She was placed on house arrest while pending a diversion request.

A third DUI in seven years is punishable by 1-6 years in prison, however offenders may seek a diversion program that would allow them to withdraw a plea to the felony and face sentencing for a misdemeanor. The clock for the seven years starts after an offender completes any suspended sentence.