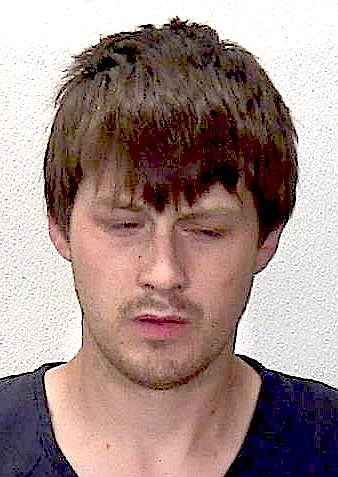 A South Lake Tahoe man who admitted strangling and dragging his ex-girlfriend after tricking her into a drive to Spooner Junction was sentenced to 2-5 years in prison on Monday.

Nicholas Rene Arthur, 27 was arrested on July 29 after a witness intervened in a struggle at Spooner Junction, according to court documents.

Arthur admitted on Sept. 12 to charges of domestic battery by strangulation and possession of a controlled substance, both felonies.

The battered woman told deputies that Arthur told her he had a check to pay a debt and that they could go to the bank and cash it.

Once in the Jeep, he drove toward Carson City and started threatening to injure her.

Arthur drove the Jeep north on 50 and then onto Highway 28 before turning around.

A witness told deputies she saw the white Jeep come up behind her recklessly and she pulled over to let it pass.

A short time later both vehicles were stopped at Highway 50 when the witness said she saw a woman stick her arm out of the passenger window and open the Jeep’s door from the outside and run away.

Arthur pulled over, jumped out of the Jeep and chased the passenger down, dragging her back to the Jeep in a headlock. That’s when the witness pulled over and ran toward Arthur yelling at him to let the victim go.

Two other Samaritans saw the altercation and pulled over to help and that’s when Arthur got in his vehicle and drove away.
He was spotted driving the Jeep near Logan Creek and proceeded to elude deputies after a traffic stop attempt. He was eventually found coming out of some bushes after ditching his vehicle along Friedhoff Drive and was taken into custody.

Arthur received a suspended 12-30 month sentence on a possession of controlled substance charge.