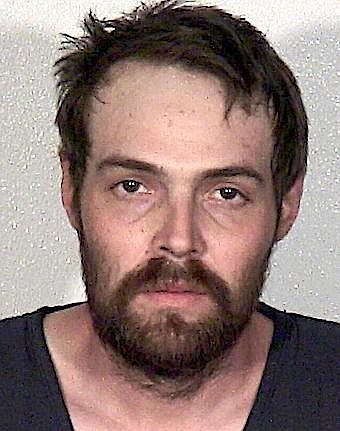 A man who brought his 13-year-old stepdaughter on a drug transaction faces up to 10 years in prison.

Jeremy Adam Bradley, 31, admitted to transporting and intent to sell a controlled substance and attempted child abuse or neglect Tuesday.

According to court documents, Bradley brought his 13-year-old stepdaughter to the Ace Hardware Store on Industrial Way in Gardnerville where the drug “hand-off” occurred. It was also discovered that at least 200 M30 pills laced with Fentanyl was located in the vehicle within close proximity of Bradley’s stepdaughter.

• A man who admitted allegations of attempted lewdness with a child under 16 years old, received a suspended 2-5 years prison sentence Tuesday.

Andrew Hettrick, 26, admitted to a count of attempted lewdness with a child under 16 years old, which occurred between Nov. 1, 2014 and Feb. 28, 2015. He was taken into custody June 2021 after turning himself in to the Douglas County Jail.

According to a psycho-sexual evaluation, Hettrick is not likely to reoffend.

As part of his suspended sentence, Hettrick was placed on probation and was taken into custody to complete 6 months in Douglas County Jail as a condition.

• A reckless driver who caused a collision on Kingsbury Grade faces a 1–6-year prison term.

Tanner James Mack, 26, admitted to reckless driving and causing bodily harm of another in an accident Tuesday.

According to court documents Mack, was driving east on Kingsbury Grade attempting to pass other vehicles by crossing the double yellow line, which are considered no passing zones. Mack collided with a vehicle going westbound and caused bodily injuries to the driver and passenger.

Sentencing is set for Sept. 20.

• A woman, who said she swallowed pills to get out of being arrested, faces 1-4 years in prison for possession of fentanyl.

According to court documents, the fentanyl was discovered in the vehicle Jones was driving during a traffic stop on Highway 88 in Minden.

Jones told the arresting deputy that she swallowed a plastic bag containing Fentanyl. After being examined by a doctor, she admitted to the officer questioning her that she made that up because she thought she wouldn’t have gotten arrested if she did swallow it.

• An ex-felon admitted to possession of a firearm and credit and debit cards without the owner’s permission on Tuesday.

Devin Thomas Nestroyl, 27, has a criminal history dating to at least 2014, according to court documents, including felony convictions. Felons are not allowed to possess a firarm or have a firearm under their control. Nestroyl had a .22 Caliber “High Standard” pistol when he was arrested in February and two credit or debit cards belonging to two other people.

• Michael Scott Garrels, 40, admitted to possession of a credit card without the owners permission Tuesday and faces up to four years in prison and a $5,000 fine.

According to court documents, Garrels had at least four credit or debit cards in his possession which he intended to use at the Dotty’s Casino in Stateline.

• A man accused of pulling a knife on his girlfriend may face up to six years in prison.

According to court documents, Ahdunko and his girlfriend of four years got into an argument, and he pulled a knife on her, slashing two fingers on her left hand and her right leg.

• A man who tried to scam an insurance company out of at least $2,216 may face up to four years in prison.

According to court documents, Balassa reported that his 2016 Dodge Ram had been stolen the day after his insurance policy had taken effect in an attempt to reap the benefits of the policy.

Sentencing is set for Sept. 13.