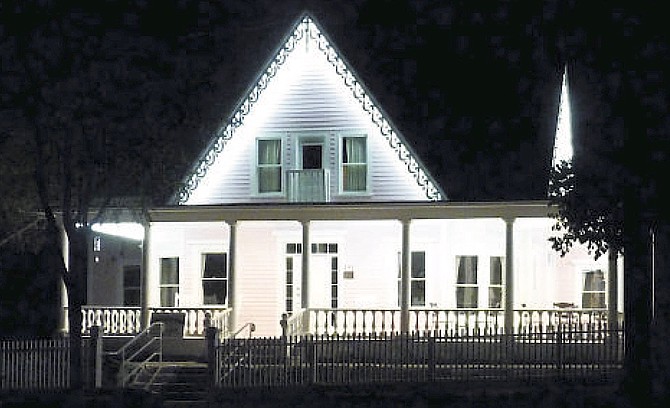 Genoa's Pink House is scheduled to reopen on Friday after new owners took the restaurant over.

The Pink House in Genoa won’t stay closed for very long, according to the restaurant’s social media.

New owners Ike and Stephanie Marr plan to have the restaurant open 11 a.m. to 6 p.m. Friday in honor of Nevada Day.

The structure that was once home to Candy Dance founder Lillian Virgin Finnegan predates Nevada’s statehood by almost a decade, having been built in 1855.

Along with Martin Shears, Marr is a member of Ike and Martin, which performs regularly in Nevada’s oldest settlement.

The Marrs have lived in Genoa since 2015, which was the year the Pink House opened after a year of renovations.

The restaurant will be open all weekend and Thursdays through Mondays indefinitely, according to the post.

“With your support, we plan to open back up for dinners in the Spring,” the new owners said. “We are blessed that Macy, Erin and Jacob have agreed to stay on with us as employees and could not do this without them.”

The owners hope to open for dinners in the spring.

Owner Lois Wray closed the restaurant so she could focus on Daniels in the renovated La Ferme not far away.

Carson Valley is undergoing a restaurant renaissance with Cocos on Main opening in the old Ritchford Hotel in downtown Gardnerville.

A building permit is under review for Great Basin Brewery for the site of the former Sierra Pacific Power Co. located on Main Street in Gardnerville.

Workers have been conducting demolition on the 1962 era steel building for more than a month.

The owners of Great Basin Brewery also operate the Overland. The property is owned by David Park, according to the Douglas County Recorder’s Office.

Another restaurant is proposed for the former Minden McDonald’s.

According to a sign hanging off the front, Nuevo Vallarta Family Mexican Restaurant and Bar will open soon.

The property was purchased by the owners of Super Burrito several months ago on condition they not install a drive-through.

Oregon franchise restaurant The Chicken Shanty is open behind the Minden Starbucks in the former Wendy’s in the Ironwood Center.