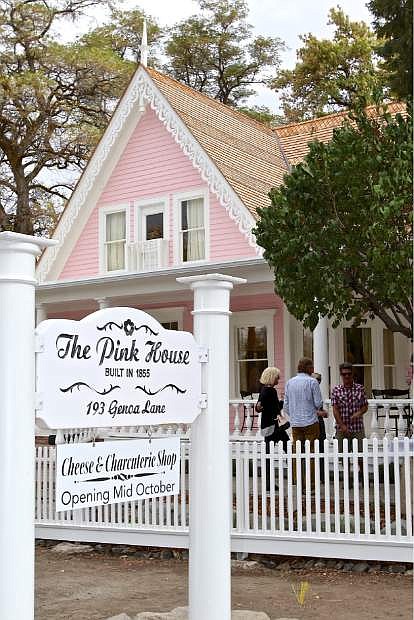 A grand opening party was Oct. 15, 2015, at The Pink House, a Gothic Revival style house in Genoa. The house was built in 1855 and is a registered historical landmark.

The closing is the anniversary of its opening in 2015 after a long renovation process that turned it into one of the stars of Nevada’s oldest town.

Over the next 10 days, the restaurant will continue to serve its cheese and charcuterie boards and drinks 11 a.m. to 4 p.m. Tuesday through Saturday but has discontinued its lunch menu.

“When we opened in 2015, we could never have imagined the joy and experience of being a part of this community and meeting all the wonderful people that have come through our doors from the Carson Valley, Carson City, Reno, Lake Tahoe, and beyond,” Wray said in her post.

“Many factors have led to this decision, much has changed for us personally and professionally, and that has only accelerated since 2020,” Wray said. “Ultimately, with the conclusion of the summer season and our participation in the recent Genoa Candy Dance, now is the right time for us to call it a day.”

Built in 1855, the Pink House was home to Lillian Virgin Finnegan and her family of pioneers.

Work to restore the property began in August 2014 and was completed in October 2015. The next year The Pink House received its Historic Preservation Certification from the National Park Service.

“We’ll never take for granted the memories of this historic building, its guests, and the Town of Genoa,” Wray said.

Those who have unused gift cards should come in or call (775) 392-4279 to make arrangements to redeem them.

Wray said the restaurant is on the market and there is some interest.

“We already have a few offers from some amazing people who are interested in buying it and continuing what we were doing, plus bumping it up a notch,” she said.