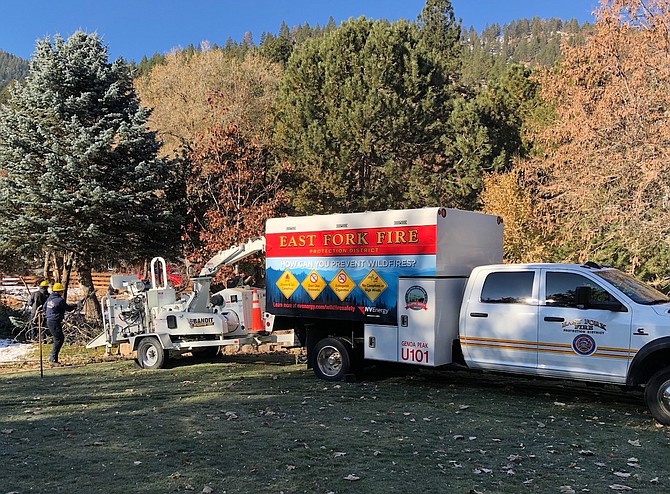 The East Fork Fire Protection District’s Fuels and Fire Crews helped the Town of Genoa and Genoa residents in a clean up day on Nov. 18.

The east Fork crew showed up with their chipper and chipper truck, chain saws, and a “can do” attitude to help several Genoa residents clear areas of hazardous vegetation in and around power company transmission lines.

“This is the best public-private partnership that exists,” said District Chief Tod Carlini.

Nevada Energy has several similar contracts with regional fire agencies to clear vegetation in and around their infrastructure.

The district employs 10 full-time and up to five seasonal personnel under the current contract with Nevada Energy. Crews are trained and available to respond to wildland fires as well and became a force multiplier during the Tamarack and Caldor fires a year ago.