Update: Bail set at $100,000 in connection with Indian Hills stabbing 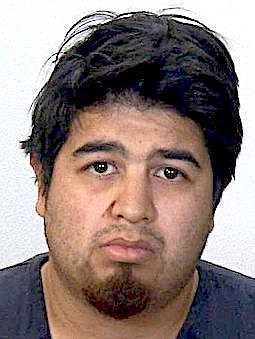 Bail was set at $100,000 on Wednesday for a man accused of stabbing his housemate with a kitchen knife on Monday morning.

Prosecutor Patrick Ferguson said that the incident appears to have stemmed from Gonzales Magana’s unfounded belief that his girlfriends was having an affair with the victim.

“Given the unprovoked nature and extreme danger, and the fact that there were prior incidents expressing this unfounded jealousy, the defendant is a danger to the community, especially the cohabitant,” Ferguson said.

Attorney Brian Filter asked for bail to be reduced, saying that Gonzales Magana has lived in Western Nevada for two decades and that he and the woman have a 4-month-old child in common.

“He has significant ties to the community and all evidence indicates he has led a law abiding, peaceful life.”

Gonzales Magana said he was not employed and was found by Justice of the Peace Paul Gilbert to qualify for a court-appointed attorney.

“Even though you rank low on the scale, the actions you are alleged to have committed pose a threat to the community,” Gilbert said.

Gonzales Magana was ordered not to have contact with either the victim or the woman and have no weapons of any kind. He was ordered to stay away from the address.

A Nov. 23 hearing was set along with a Dec. 1 preliminary hearing.

Efrain Gonzales-Magana, 29, was arrested 10:45 a.m. Monday after deputies arrived at a home on Mica Drive and found the victim with multiple stab wounds to his torso.

The victim was helicoptered to Renown Regional Medical Center by Care Flight helicopter.

A Carson City man was taken into custody in connection with a reported stabbing on Mica Drive in Indian Hills 10:45 a.m. Monday.

Efrain Gonzales-Magana, 29, was arrested after deputies arrived at a home in the 800 block of Mica.

According to the Sheriff’s Office, when deputies arrived at the scene, they found the victim with multiple stab wounds to his torso.

Gonzales-Magana was on scene and was taken into custody.

As a result, he is in custody facing charges of attempted murder and battery with a deadly weapon causing substantial bodily harm. His bail is $125,006.

The victim was helicoptered to Renown Regional Medical Center by Care Flight helicopter.

According to radio traffic, the man was sitting in a vehicle after allegedly being stabbed by a kitchen knife.

There were no other injuries reported. Douglas County detectives are investigating the incident.