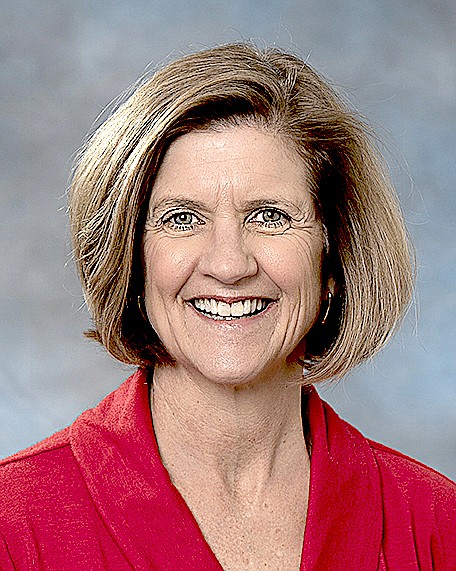 by Sharla Hales | Special to The R-C

The school board races are hotly contested this election cycle. One question has been central: is Critical Race Theory being taught in our schools?

All seven candidates oppose CRT in our schools. Although it has a complex origin and different meanings elsewhere, the term “CRT” in common use here means teaching that there is an oppressed race (black) and an oppressor race (white) and that all white people should feel shame from and responsibility for past oppressive acts by other white people. These concepts are contrary to Douglas County’s values. We do not discriminate based on skin color, which perpetuates divisions and disharmony. We believe in treating all people based on their merits.

A slate of candidates insists CRT is being taught in our schools, including through Social-Emotional Learning ,which they would eliminate. They insist that anyone who disagrees is lying. In contrast, a slate of pro-school candidates also opposes CRT being taught but says existing policies prohibit its teaching, and current procedures remove CRT concepts that may arise.

What is the truth?

Over the past several weeks, I have taken a deep dive. Looking for CRT ideas, I visited every Douglas school, reviewed hundreds of curriculum pages, and spoke with numerous teachers and administrators. I carefully reviewed Social-Emotional Learning and sex education materials.

I found no credible evidence of CRT being taught in Douglas schools. On the contrary, teachers consistently described the great care they take to ensure they teach facts and remain politically neutral. Teachers are perplexed at the CRT accusations because they have no basis in reality. Teachers are dismayed because they agree CRT should not be taught and children should not be indoctrinated. Here are some representative quotes from teachers:

• “I feel devalued and under suspicion.”

• “This is like saying we should save all the whales in Minden. There aren’t any!”

• “If I were going to indoctrinate my students about anything, it would be to use deodorant!”

• “I’m nervous something I say will be taken out of context and used against me.”

• “I teach facts. My goal is that my students don’t know what my opinions are.”

These statements (and many others I heard) are evidence that any resolution banning certain speech would negatively impact teachers and appropriate instruction.

I found that Social-Emotional Learning in Douglas County is completely devoid of CRT. Social-Emotional Learning refers to strategies (all grades) and short, occasional lessons (kindergarten-8th grade) that help students manage their emotions and behavior. Far from being an insidious means of teaching CRT, SEL teaches foundational principles necessary for responsible living, including accountability, resilience, appropriate behavior, and problem-solving.

Removing SEL from schools would be catastrophic. Misbehavior would soar, graduation rates would plummet, and achievement would sink.

And it would be wrong. Teaching SEL is a moral imperative for children most in need in our community. Teachers said of SEL:

“Kids are coming to school with bed bugs, after the death of a parent, or after sleeping in a car. I’m not concerned about race, I’m concerned about getting kids able to learn.”

“Since COVID, kids have more emotional needs. They’ve been isolated. They don’t know how to give and take. They lack friendship skills. There’s more depression.”

“I had a kid rocking under the table with anxiety. What would I do if I couldn’t use social-emotional learning? I’d have nothing to use.”

I want school trustees who prioritize solving those issues.

Our District is a standout. It ranks No. 1 in the state on multiple measures (niche.com; nces.ed.gov). CRT is an issue in other school districts, but it’s not an issue here.

Making it an issue is doing far more harm than good. Our school district must stay on course, providing the same excellent student achievement results that it has for decades. I’ll be voting for pro-school candidates Roberta Butterfield (June primary), Robbe Lehmann, and Heather Jackson (November general election).