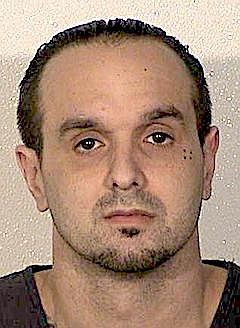 Despite admitting he severely beat his girlfriend, a California man tried to minimize the encounter during his sentencing on Monday.

Carr presented himself as someone who changed since he was arrested Aug. 8, 2021, for dragging the woman into the bathroom and beating her.

But while describing the incident to District Judge Tod Young, he continually discounted what the woman said in her statement to Grass Valley Police.

“It’s clear to me your version is not true,” Young said. “She did not cause this. This is your violent issue. No words should cause you to choke someone so they couldn’t breathe or break someone’s ear drum.”

Young said he went back to the transcript of Carr’s arraignment Carr admitted the charge, including details of the attack.

The judge said he heard the woman say Carr “always goes for the throat.”

“You are a controlling, violent man and you have a long history of battering people of the opposite sex.”

Carr’s criminal record in California was so long it took the first 45 minutes of the hearing to sort it out.

Carr was on probation for a felony domestic battery when the incident occurred at a Stateline hotel.

The couple and Carr’s daughter drove to Tahoe. Carr told the judge the woman said something to him that angered him, but denied beating her head against a sink, something he’d literally admitted when he pleaded guilty.

He also denied choking her, though marks on her neck showed someone had tried to strangle her.

Complicating the case was that they drove back to Grass Valley and it was two days later before she woke up with blood on her pillow from where her ear drum had been ruptured.

She sought treatment and was interviewed by an officer at the hospital. Charges were forwarded to Douglas County where the attack took place.

Carr initially denied the charges, but decided to plead guilty two days before a trial was scheduled to begin.

He was remanded to the custody of the sheriff after Monday’s hearing.