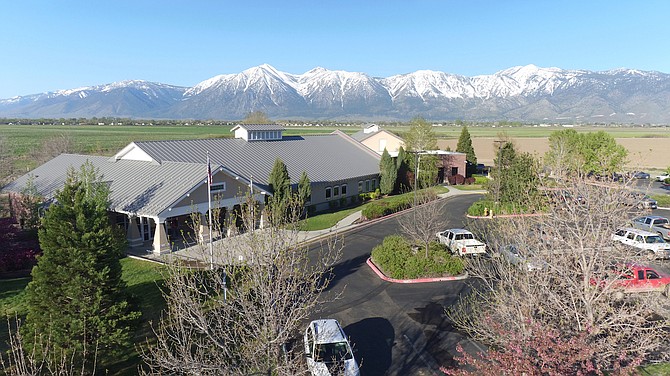 The Bently Campus in Minden.

Western Nevada College is conducting a 15-question survey of businesses and residents to guide the future of the 25-year-old Minden campus.

Establishing a college campus in Carson Valley was a popular cause here for many years before work began in 1996.

Work began on the $2.3 million campus on 10 acres donated by the Minden industrialist Don Bently.

“This facility is not just here for today,” he said. “It’s here forever.”

Just 14 years later, in the depths of the Great Recession, college officials raised the possibility they would close the campus to save money.

At the time, Douglas County was struggling on many fronts, and the prospect of having the campus close just seemed like the cherry on top of a horrible sundae.

The campuses in Fallon and Yerington were also threatened.

It was a legislative year, which means the biennial handwringing for organizations waiting on the Legislature to decide their budgetary fate was in full swing.

At the end of the session, the campus was saved, but it was much reduced from its heyday in the early years of the 21st Century.

It was another change connected with the Bently family that resulted in the college becoming the home of Carson Valley’s second high school.

ASPIRE Academy lost its home in 2014 when the rambling Water Street building was slated for demolition to make room for the distillery.

Moving the academy to Bently Hall resulted in steady income for the college and a valuable use for the building during the day.

There are only a handful of classes listed on the college’s fall schedule that are held at the campus, including English 101, pre-calculus mathematics and golf.

The Minden campus is as much a symbol of Carson Valley’s prosperity as it is a school.

We urge residents and businesses to participate in the survey at wnc.edu/input to help improve its offerings and ensure that Sen. Jacobsen’s words a quarter century ago still ring true for another quarter century.