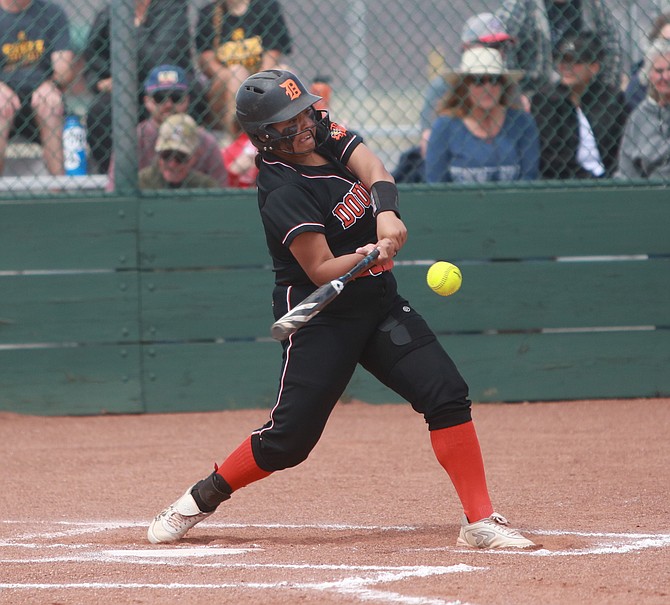 Douglas High's Bri Williams turns on one of her two hits Thursday afternoon against Reno.
Photo by Carter Eckl.

Along with the 16 strikeouts, Tretton gave up one hit and walked one batter.

(Talia Tretton hurls a pitch during her 16-strikeout performance against Reno High in the first round of the Class 5A regional softball tournament Thursday. / Carter Eckl)