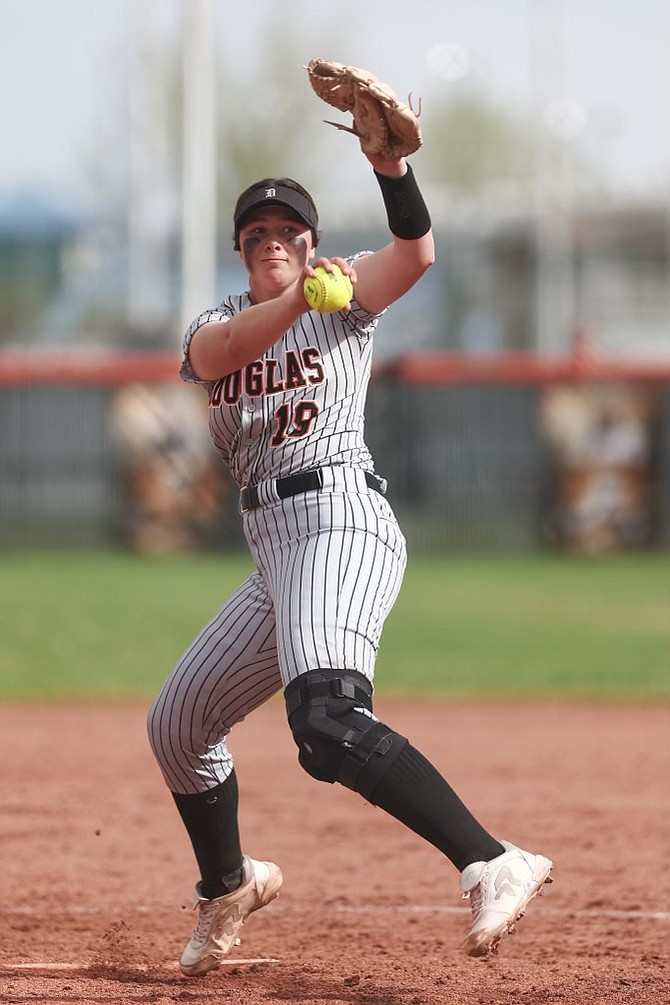 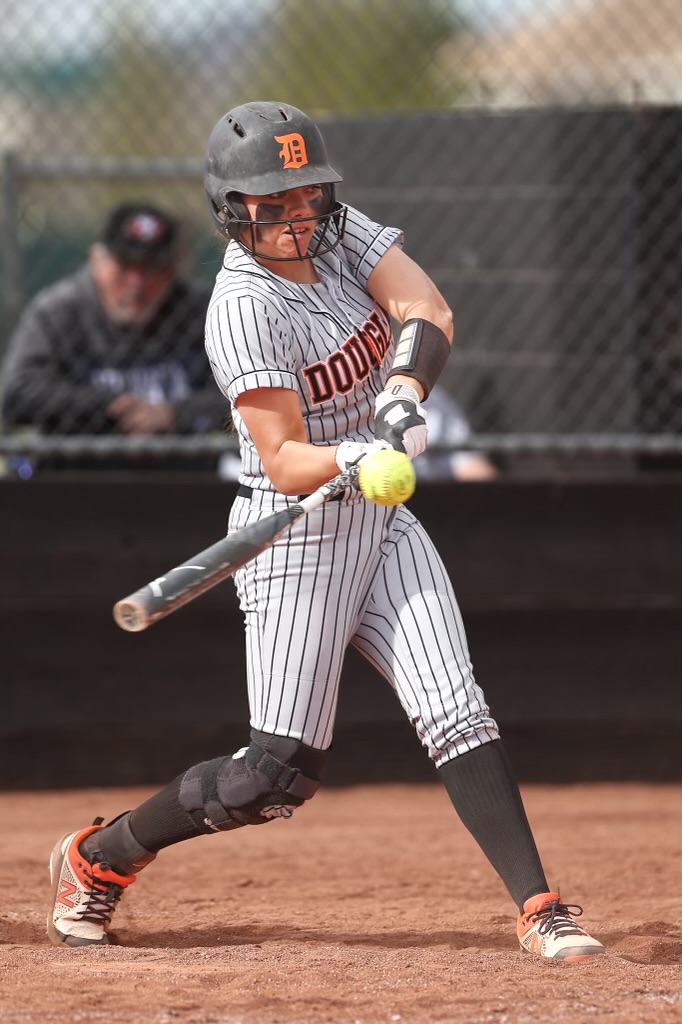 (Douglas High first baseman, Zora Simpson, lines a two-out single through the left side of the infield to give the Tigers a 2-0 lead over Spanish Springs Thursday afternoon. / Ron Harpin)