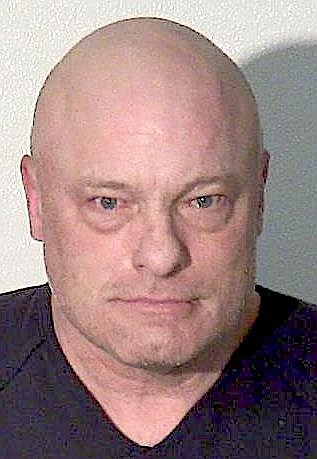 A former pro football kicker received up to 14 years in prison after he admitted driving under the influence with prior felonies.

David John Caylor, 55, was on probation when he was arrested March 2 after high centering his Dodge Ram pickup on a trash can in his driveway.

District Judge Tom Gregory referenced letters written in Caylor’s support when he said drinking again could be considered a relapse in his recovery but getting behind the wheel of a vehicle was not.

“I’m happy you got help, but I won’t ignore that you were on probation, and you had a .224 BAC when you drove a motor vehicle,” Gregory said. “You are a danger to the community.”

Gregory sentenced Caylor to 28-120 months and a $2,000 fine. Caylor received 19-48 months after his probation was revoked because of the DUI. Caylor was arrested in July 2020 after he bought a firearm from an undercover officer.

At the time Caylor was on house arrest for a prior felony DUI.

Under a plea agreement, prosecutors recommended 28-72 months in prison to run simultaneously with the weapons charge. Gregory pointed out the two were completely different crimes, and sentenced Caylor to consecutive terms.

Caylor could be released from prison in fewer than four years, but the higher top end will ensure he’s being supervised for longer.

One of the reasons he was given probation last year was so he could seek treatment for brain injuries he said he sustained while playing football for California State University Long Beach from 1984-1987. Caylor played for the Los Angeles Rams but was released in 1990, according to an LA Times article.

Ferguson said the plea agreements in both the weapons and the most recent DUI charges were an effort to show compassion.

“We wanted to let him get treatment to prevent this very thing from happening,” Ferguson said. “We’ve been compassionate in our negotiations, but this is a matter of protecting the community.”

Defense Attorney Maria Pence said Caylor received electromagnetic brain pulse treatments to help him with his addiction and to help with his brain damage.