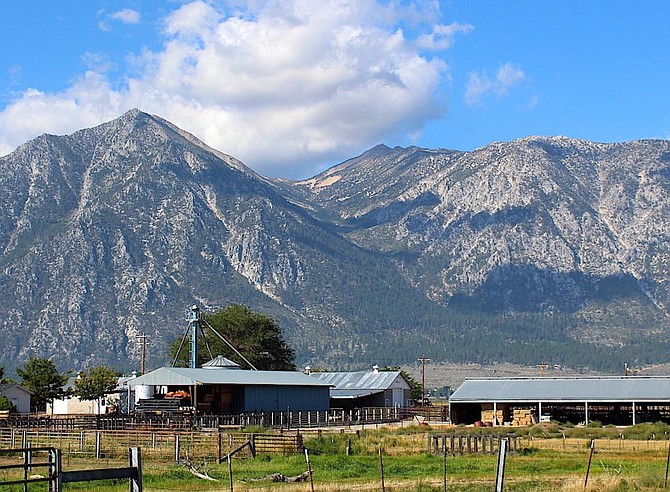 The former Storke Dairy in Centerville was under consideration for a slaughterhouse business.

A decision to deny a special use permit for a slaughterhouse at Centerville was upheld by a three-member panel of the Nevada Supreme Court on Thursday.

The case has been winding through the judiciary since commissioners sitting as the board of adjustment denied a permit sought by Karin Sinclair in November 2019. An appeal was denied by a visiting judge a year later.

“Notably, the district court found that the (board’s) decision was supported by substantial evidence as the (board) considered statements from nearly 200 individuals both opposed to and in favor of the project, reviewed Sinclair’s expert reports and a lengthy presentation on the matter, considered the various issues presented by interested parties and then itself articulated reasons for concluding that Douglas County Code … was not satisfied.”

Justices Abbi Silver, Elissa Cadish and Kristina Pickering wrote that Sinclair’s due process rights weren’t violated because the board is allowed to consider public comment when reaching a decision.

Sinclair sued at the Nevada Supreme Court in an effort to overturn the decision, saying that it was arbitrary, capricious and abused the board’s discretion because it wasn’t supported by substantial evidence.

The justices disagreed saying the burden was on Sinclair to prove she satisfied the code.

“The (board) received dozens of verbal and written comments from concerned individuals against the meat processing facility that expressed one or more of the following concerns: noise, odors, wastewater disposal, bugs and pests, loss of property value, historical clouding of the area and air quality,” the decision filed Thursday said, concluding that substantial evidence supported the decision.

Sinclair received approval for a similar slaughterhouse from the Carson City Planning Commission on Dec. 15.