Three-way race on for meat-plant approval 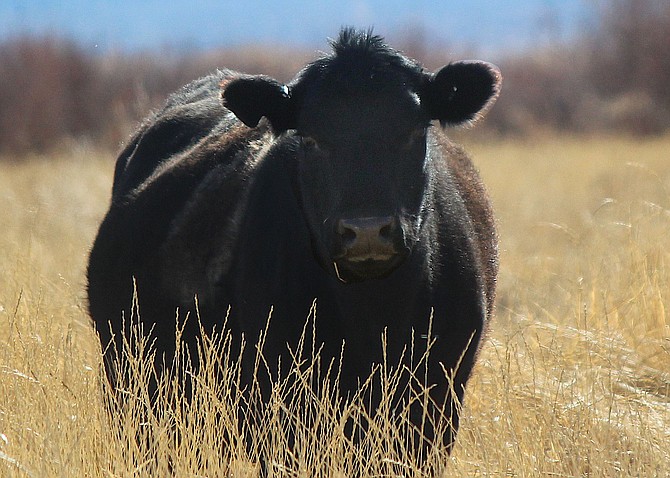 With all the cattle in Carson Valley, you’d think residents would be immune from meat-flation.

But the bottleneck isn’t the thousands of cows in the Valley, but an efficient means to convert them into food, which presently requires that they be trucked to slaughterhouses in other places.

At least two entities are racing to fill part of that void with small meat-processing plants.

The first effort, a plant proposed for the old Storke Dairy in Centerville, is still making its way through the Nevada Supreme Court.

Proponent Karin Sinclair was denied a special use permit in November 2019 and sued the county. A judge ruled against Sinclair in November 2020, and her attorneys an appeal in December.

“Since the COVID pandemic with its related supply chain shortages in the food supply, the need for businesses like this has intensified dramatically,” attorney Carolyn Tanner wrote in her brief.

The six-hour hearing on the issue before county commissioners saw 400 people turn out with around 100 speakers.

According to the filing, Tanner is claiming the denial was “arbitrary and capricious.”

Sinclair was proposing an engineered septic system at the former dairy farm which is not served by either municipal water or sewer.

Neighbors expressed concerns that the project could result in polluting the water supply.

As Tanner points out, many of the opponents and a majority of county commissioners acknowledged the need for a meat processing plant, but said Centerville was the wrong location.

Under county code, small meat processing plants are permitted on agricultural land with a special use permit if there are five or fewer employees on site processing no more than 60 large animals a week and without retail sale.

The last filing in the Supreme Court case was an answer on Aug. 16, in which Tanner complained the county’s attorneys used the term “slaughterhouse” 116 times.

“This is a small agricultural support business seeking a special use permit, not the 1906 Chicago southside of Upton Sinclair’s ‘The Jungle.’”

Also in August, Sinclair doing business as Carson Valley Meats applied for a special use permit for a site on Highway 50 east of Carson City.

Unlike the Centerville property, the Carson City site is located in the general industrial zoning on an undeveloped 4.43-acre parcel. That project includes a 5,000-square-foot building for processing, storage and retail sales. The property is served by Carson City’s sewer plant.

With appeals already filed, even if Carson planning commissioners repeat their approval on Dec. 15, it’s likely the permit will go to Carson City supervisors.

Meanwhile, a similar plant on Park Land Holdings property located off Buckeye in Carson Valley is moving ahead after getting conditional approval to annex to the Minden-Gardnerville Sanitation District.

The Buckeye plant was approved by planning commissioners in July on condition it connect to municipal sewer.

The property located northeast of Minden has never been annexed to the Minden-Gardnerville Sanitation District or had water service from the Town of Minden.

A section of the property has also been carved off for a high-end storage unit project proposed by local businessman Mike Gilbert.

That use was approved by county commissioners on Nov. 4.

Dave Lundergreen, representing the Parks, reluctantly agreed to connect the project to sewer, citing the significant cost of running 1,500 feet of sewer line. He said the sewage will still have to be pre-treated before it goes to the sewer plant.

Carson Valley ranchers have sought a means to process their cattle for decades since the original Carson Valley Meats was closed at the turn of the century.