Taxable sales up a fifth over quarter 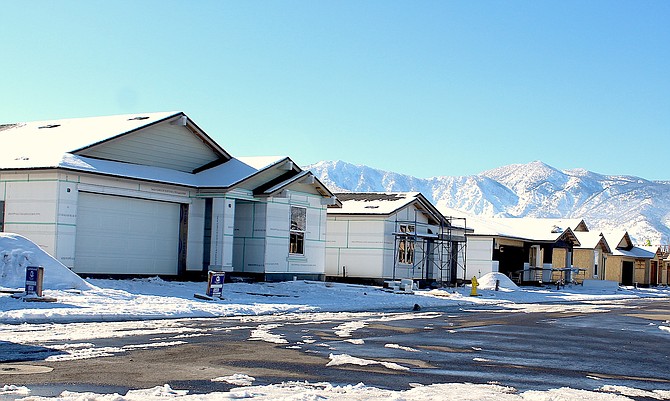 The entire neighborhood of Weser Creek is under construction off Buckeye Road in Minden on Tuesday morning.
Photo by Kurt Hildebrand.

Douglas had a good first quarter generating its own sales tax, according to figures released by the Nevada Department of Taxation.

County merchants reported $308.27 million in taxable sales since the quarter began on July 1, up 20.7 percent over the same quarter in 2021.

Figures released at the end of November revealed $103.2 million in sales during the month, up 26.4 percent from September 2021.

As of July 1, Douglas no longer receives a guaranteed amount of revenue based on its population.

Minden manufacturer American AVK Co., will receive just over $1 million in tax abatements to expand its Douglas County operations. The company makes water valves and fire hydrants that are sold nationwide as well as in Canada, Mexico and the Caribbean.

According to the company, the abatement will result in a dozen full-time jobs over the next five years, according to the Governor’s Office of Economic Development.

Special Projects Manager Randy Looney said that the company plans to build on 26 acres across from its current location.

“If everything goes according to plan, we expect to break ground on a new casting factory in March or April of 2023 and have it in operation by April or March or April 2024.”

Rooney said they use 90 percent recycled scrap iron and steel with only 10 percent new iron.

Expanding of the fire hydrant and water valve factory will expand to 60 new jobs eventually, which Rooney said will come from Douglas and Carson City.

The biggest jumps were in the three categories affected by last year’s Caldor fire evacuations, including food services and drinking places, accommodation and amusement, gambling and recreation industries.

Food services was up 55 percent to $12.4 million, while accommodations tripled to $5.7 million and gaming more than doubled to $3.65 million.

Building material and garden equipment and supplies were up 33.4 percent to $8.57 million as construction continued across the county during the first quarter.