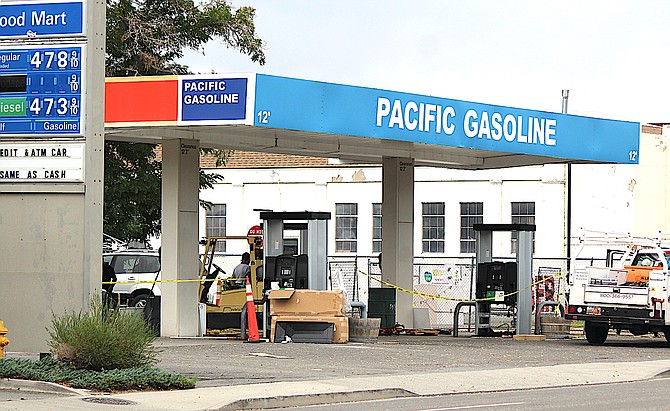 Douglas County merchants cracked $1 billion in taxable sales for the first time in history during the 2022-23 fiscal year.

While inflation during the last six months of the year that ended on June 30, likely contributed to the total, it also marked the last year Douglas will be guaranteed a certain amount of revenue based on its population.

According to the Nevada Department of Taxation, Douglas merchants ran up $1.08 billion, up 10 percent from the $982 million reported the prior year.

The previous record was 2005-06, when merchants brought in $818 million just before the start of the Great Recession, which saw taxable sales drop to $533 million at the end of 2011.

The year saw two of the biggest categories in the county — general merchandise sales and food services and drinking places — essentially flat or the year. The food services category came to within $57,000 of last year’s total.

However, another category related to Stateline, accommodations, increase by 52 percent to $46.1 million for the year after a strong June that saw $4.2 million during the month.

Reflecting continued construction in the county, building material, garden equipment and supplies increased 17.3 percent during the year to $84.5 million.

Despite substantial increases in gasoline prices, Douglas gas stations saw a 2.7 percent decrease for the year for taxable sales.

While taxable sales reporting for the fiscal year closed in August, gaming numbers began a new year down 3.17 percent statewide in July.

The 1.28 percent decrease at Stateline was not as severe as statewide, the main source of Douglas County’s gaming revenue took in $31.8 million for the month.

Casinos in East Fork and Carson City townships were down 3.34 percent to open the year.

The percentage of jobless workers in Douglas County was down slightly in July at 3.8 percent. The labor pool in Douglas dropped to 21,448 total workers, down from 22,201 in July 2021.