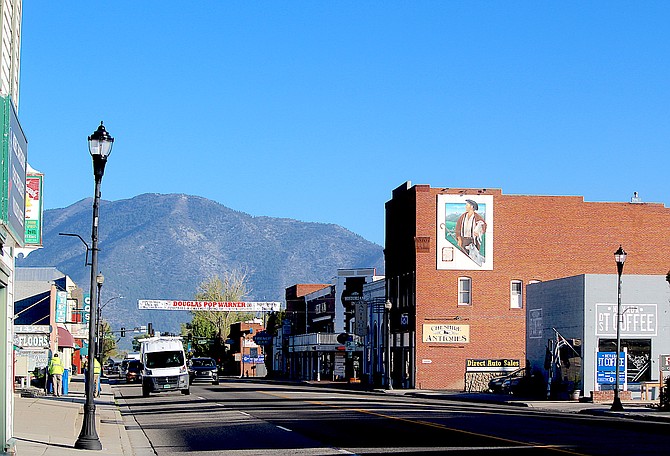 Douglas merchants saw a 16.1 percent jump in taxable sales in February that may in part be attributed to inflation.

According to the Nevada Department of Taxation, the county saw $81.68 million in taxable sales in February, up more than $10 million from last year.

Figures were calculated on April 25 and reflect the final count for February.

The fiscal year that started on July 1 has seen a 9.9 percent increase to $699,904 during the first eight months.

Most of February’s increases can be tied to the Stateline casino corridor, with a 49.5 percent jump in accommodations to $3.9 million and a 40.5 percent increase in amusement, gambling and recreation to $1.6 million.

Accommodations are up 63.1 percent for the year to $31 million, up from $19 million last year.

Shoppers were back in stores, which saw a 2.6 percent increase in February to $8.6 million, while online shopping saw a 7.9 percent decrease to $6.6 million.

Building continued to post gains during the month, with materials and garden equipment and supplies up 25.3 percent to $6.49 million. Increased costs of building supplies may have contributed to the higher sales figures.

The closure of the county’s only auto dealership may have contributed to a dent in motor vehicle and parts dealers, dropping 12.5 percent to $4.2 million.

Furniture, appliances, and clothing all saw decreases in taxable sales during the month.

Beverage and tobacco manufacturing nearly tripled during the month to $1.8 million. February was the month before the Bently Distillery tasting room closed.

Merchant wholesalers of durable goods saw a big jump to $10.8 million, an increase of 135 percent over last year.

Douglas County was still a guaranteed county in February, having collected $1.08 million and receiving $1.294 based on its population.

Gaming numbers for the Stateline casinos saw a 5.58 percent increase in March, according to the Nevada Gaming Control Board.

Most of that was due to the shutdown of the casinos during the Caldor Fire last September.

Casinos in the East Fork and Carson City townships were down 1.75 percent to $11.76 million, down from $11.97 million last year. Casinos in the two jurisdictions, which are combined are up 19.18 percent for the first three-quarters of the fiscal year to $93.25 million.

Douglas’ unemployment rate was 2.9 percent, down from 3.2 percent in February and 5.4 percent from March 2021.